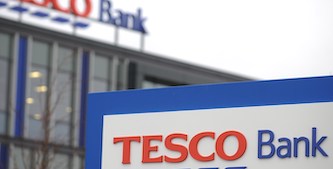 Edinburgh-based Tesco Bank said on Friday that former UK Treasury official John Kingman will be appointed as its new chairman on July 7, 2020, following Graham Pimlott’s retirement from the role.

Kingman, also chairman of Legal & General, joined the Tesco Bank board in November 2019.

Kingman was heavily involved in the UK Government’s response to the financial crisis in 2008, helping to handle the rescue of Northern Rock and leading negotiations with RBS, Lloyds and HBOS on their combined £37 billion recapitalisation.

“To help facilitate Graham’s retirement in the timeframe agreed, and to ensure a smooth transition ahead of Sir John’s appointment in July, the bank’s senior independent non-executive director, Jim Willens, has been appointed as interim chairman for a period of 12 weeks,” said Tesco Bank.

From 2010-2012, Kingman was global co-head of the financial institutions group at Rothschild and became chairman of Legal & General in 2016.

In addition to his roles at Tesco Bank and Legal & General, he is chair of UK Research and Innovation, Deputy Chair of the UK’s National Gallery, and a Trustee of Royal Opera House Covent Garden Foundation.

Kingman said: “Tesco Bank has a very clear purpose, which is to help Tesco shoppers manage their money a little better every day.

“I look forward to working with the board, our chief executive Gerry Mallon, and the rest of the team to deliver this.”