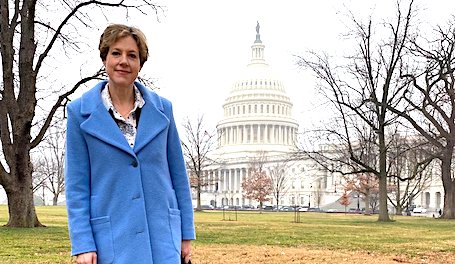 The chief executive of the Scotch Whisky Association late on Tuesday welcomed the news that the UK government plans to suspend retaliatory tariffs imposed on US goods as part of a dispute over aircraft subsidies from January 1.

Scotch exports to the US have fallen more than 30% during the trade tariff dispute.

The move would mark the start of a UK divergence from European Union trade policy, coming into effect on the day of its exit from the EU’s rules and regulations.

Scotch Whisky Association CEO Karen Betts said:  “This is a very encouraging step by the UK government and we welcome it.

“It shows the UK government’s determination to de-escalate the damaging transatlantic trade disputes that have seen Scotch Whisky exports to the US fall by over 30% in the past year.

“We now call on the US government to reciprocate by suspending the tariffs on UK goods stemming from the Airbus/Boeing dispute, so that industries in the UK and the US affected by this dispute can once again trade freely.

“The US government’s removal of Airbus retaliation on Scotch could, in turn, justify the UK removing tariffs on US whiskey under the steel and aluminium dispute.

“Moves such as these pave the way for both governments to intensify efforts to reach a final resolution to both the Airbus/Boeing and steel and aluminium disputes, which have caused real disruption to businesses and raised costs for consumers in both countries.

“It is encouraging that the UK government is making use of the flexibility of an independent trade policy to help find solutions to issues that, in Scotch Whisky’s case, are damaging our global exports.

“We hope that this marks the beginning of the end of trade tensions with the US.”

The Scotch Whisky Association added: “The UK government has signalled a new approach to US tariffs, announcing an independent plan to address the longstanding trade conflicts between the EU and US around steel and aluminium and aerospace tariffs.

“International Trade Secretary Liz Truss has said the UK government is suspending retaliatory tariffs resulting from the Airbus/Boeing dispute in an effort to bring the US towards a reasonable settlement and show that the UK is serious about reaching a negotiated resolution to the dispute.

“In parallel, the UK government plans to roll over tariffs in response to ‘Section 232’ tariffs imposed by the US on aluminium and steel imports. These tariffs will continue from January 1st when the UK becomes an independent trading nation.

“In addition, the Department for International Trade will launch a consultation to ensure these tariffs are shaped to UK interests and tailored to the UK economy.

Truss said: “Ultimately, we want to de-escalate the conflict and come to a negotiated settlement so we can deepen our trading relationship with the US and draw a line under all this.

“We are protecting our steel industry against illegal and unfair tariffs – and will continue to do so – but are also showing the US we are serious about ending a dispute that benefits neither country.”