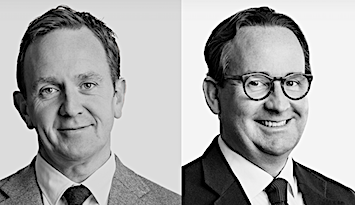 The Public Relations and Communications Association (PRCA), the world’s largest professional PR body, has urged Edinburgh-based lobbying company Charlotte Street Partners to rethink its appointment of Ian Duncan, Deputy Speaker of the House of Lords, as a consulting partner.

According to Charlotte Street Partners’ website, its chairman is Scottish corporate veteran Angus Grossart and its non-executive directors are Roland Rudd, James Murgatroyd and MT Rainey.

“Coverage of the announcement reports that Lord Duncan will ‘provide strategic insight and advice to clients, principally on engagement with the European Union’,” said the PRCA.

“Charlotte Street Partners appears on the Government’s statutory Lobbying Register, and is in the minority of lobbying firms that do not declare adherence to a Code of Conduct.”

PRCA Public Affairs Committee Chairman Liam Herbert, MPRCA, said: “It is simply wrong for lobbying firms to employ members of the House of Lords, and unthinkable that the Deputy Speaker of the Lords himself would think it appropriate to accept such a job.

“The PRCA Public Affairs Code is crystal clear – you cannot be a legislator and a lobbyist. You have to pick one or the other”.

PRCA Director General Francis Ingham, MPRCA, said: “While I am aware that Charlotte Street Partners has chosen not to be covered by any Code of Conduct, I would nonetheless urge them to do the ethical thing, and to rethink this incredibly unwise appointment, which brings the House of Lords into disrepute.”

The Association for Scottish Public Affairs (ASPA) joined in the criticism, saying of Charlotte Street Partners will no longer be entitled to membership.

ASPA convener Peter Duncan said: “ASPA is absolutely clear – you can be a lobbyist or you can be a law maker, but you cannot be both.

“Our code of conduct makes the position completely clear, and as a result Charlotte Street Partners will no longer be entitled to membership of our Association.

“Their details are being removed from our website – we will not compromise on our high standards.”

A spokesperson for Charlotte Street Partners said: “Ian’s appointment has been approved by the UK government’s advisory committee on business appointments (ACOBA).

“His work for us, as a strategic consultancy, will focus on analysis and advice relating to the European Union, and on environmental matters.

“This is fully compliant with ACOBA guidance, which makes clear that he is not permitted to undertake any lobbying, which was never the intention.”

“Prior to joining the government, he worked for over a dozen years in Brussels, latterly as MEP for Scotland.

“His focus then was energy, environment and climate change, and he led the reform of the EU carbon markets.

“Previously, Duncan worked for BP, the Scottish Refugee Council, the Scottish Fishermen’s Federation and taught at the University of Bristol.

“Duncan currently serves as deputy speaker of the House of Lords.

“He is also chair of the National Forest and the Confederation of Forest Industries, and sits on the board of a number of companies and charities, including the Schwarzenegger Institute and the Court of St Andrews University.” 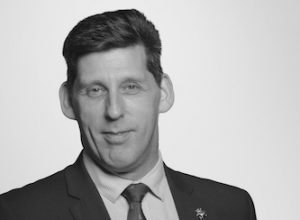