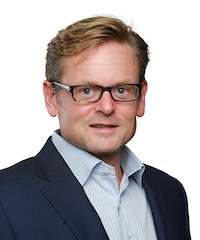 River & Mercantile Group (R&M) has announced the appointment of Alex Hoctor-Duncan, Global Head of Aberdeen Standard Investments, to the River & Mercantile board as an executive director, responsible for strategic development.

Standard Life Aberdeen manages and administers about £535 billion of assets.

“The appointment is expected to take effect later this year following the conclusion of his contractual responsibilities,” said River & Mercantile.

Standard Life Aberdeen said: “We can confirm that Alex Hoctor-Duncan has decided to leave the company.

“Our strategy of client-led growth for our Investments vector will be driven by Chris Demetriou, CEO UK, EMEA & Americas and Rene Buehlmann, CEO APAC and aligned to their regional strategic priorities.

“Alex has made a valuable contribution to integrating processes and delivering a consistent client experience globally, we would like to thank him for his commitment and wish him well for the future.”

River and Mercantile CEO James Barham said: “I am very excited that Alex will be joining us.

“He has a long, proven track record in the industry and will bring a perspective to our strategic development that will fit in well with our ambitions to take River and Mercantile forward to the next stage.

“The momentum within the business is noticeable as the investment we made in distribution and in new investment teams make an impact in particular in our Solutions and Wholesale businesses.

“I look forward to welcoming Alex to the board.”

River and Mercantile chairman Jonathan Dawson said: “We are delighted to appoint Alex to the board.

“He has had an outstanding 25 year career in the asset management industry, mainly at BlackRock and its precursor companies in the UK, and most recently in his current role as Global Head of Aberdeen Standard Investments where he was responsible for its strategy and growth plan.

“He will provide a significant boost to our group enabling us to advance our ambitious growth strategy.”

Hoctor-Duncan said: “I am enormously excited to be joining River and Mercantile to focus on developing its strategy and future growth.

“I was attracted by the developing opportunities for the group in terms of building further on the highly regarded Solutions business and the internationally recognised team in RAMAM.”