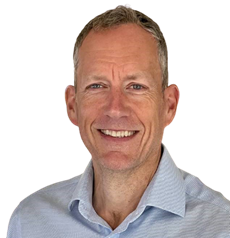 The £8 billion Lothian Pension Fund (LPF), the second largest local government pension scheme in Scotland, has announced that David Vallery has been appointed its chief executive officer with effect from June 21, 2021.

Vallery will succeed Doug Heron who earlier this year announced his decision to leave Lothian Pension Fund to take up a similar role overseas.

Heron will remain in place until the summer to support a smooth transition.

Lothian Pension Fund administers the Local Government Pension Scheme (LGPS) in Edinburgh and the Lothians. It is a multi-employer scheme with more than 84,000 members and 90 employers.

LPF is unique in Scotland in holding FCA-regulated status, which allows it to provide advisory services and to manage assets for third parties.

“His previous roles include managing director of a UK private wealth business and CFO of an Australian insurance group.

“David holds a BSc in Actuarial Mathematics and Statistics and is a Member of the Faculty of Actuaries.

“David lives in Edinburgh with his wife and two daughters and enjoys cycling and running in his spare time.”

Stephen Moir, executive director of resources at City of Edinburgh Council and chairman of LPFE said: “I’m delighted to appoint David to the role of CEO for Lothian Pension Fund.

“David has a strong CV of proven success in the financial sector and I’m confident that his experience and knowledge will benefit LPF and further enrich the great work that they’re doing for members and employers.”

Vallery said: “I’m delighted to join LPF. With over 84,000 members and £8bn of assets, LPF is a major part of the LGPS in Scotland which is of critical importance to the financial well-being to around one in five people in Scotland.

“I look forward to working with the team to ensure we continue to deliver an excellent service to all members and employers and make it a great place to work.”