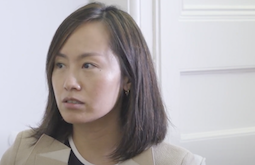 That’s according to the Citywire Alpha Female 2021 report which reveals the top asset management groups by percentage of female managers and contains data on mixed teams’ performance, manager retention and turnover.

The report found that 24% of abrdn’s portfolio managers are now female – a 4% increase over the past year.

Further, abrdn’s Kristy Fong was named among the top-rated female fund managers by the report.

abrdn manages and administers about £535 billion of assets worldwide. The firm has offices in over 50 locations worldwide and employs around 6,000 people.

Baillie Gifford employs about 1,500 people around the world and has assets under management and advice of about £352 billion.

Dr Nisha Long, head of ESG and cross-border investment research at Citywire, said of abrdn: “What stood out for me was actionable targets which are bearing fruit.”

The report said Abrdn has a gender action plan that aims to increase gender balance at all levels of the company.

‘Number one, supporting parental leave because it’s most often the female whose career takes the hit,” said Bird.

“So, we introduced parental leave and since we did it a year ago, 55% of those availing themselves have been the men.

“Secondly, having very specific returners programmes so you know that you’re going to come back at the same level and be given introductory or re-introductory training to get back into that role.

‘The one other thing we’ve done is reverse mentoring.

“I participated in this myself.

“You are learning from someone with a completely different lived experience and when you get that input, you feel this obligation for it to be translated into policy and action.”

“Within the AAA fund manager elite, women are nearly at parity with men when it comes to the amount of money they run,” said the report.

However, the report said that despite the rise in percentage of female fund managers “we’re still 127 years from parity.”

Dr Long said: “Getting more women into portfolio management jobs is one thing; keeping them there is another.”