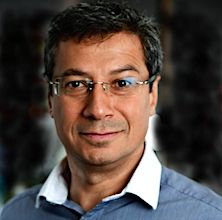 Momen spent seven years at the brewing giant, initially as chief financial 0fficer from 2012 to 2016, before taking on the chief executive role for the UK operation until 2019.

“Over a three-year period as CEO, he led the implementation of the company’s transformational strategy which included the revitalisation of the brand portfolio, the major overhaul of the Carlsberg Pilsner brand and a cultural change programme, which resulted in a significant shift in profitability and a simplified reshaped UK business model,” said Scottish Rugby.

“In a 20-year career before joining Carlsberg, Momen worked across the UK’s FMCG sector including roles with Haagen-Daz, Pillsbury UK, General Mills and Adelie Foods (a PE backed business at that time).”

Scottish Rugby chief executive Mark Dodson said: “Rugby both in the UK and internationally has emerged from the Covid pandemic with a number of exciting new business and sporting opportunities which will transform the sport in the coming years.

“It is vital Scottish Rugby continues to play a major role both as a sporting governing body which has a strategy in place to support the game at every level in Scotland and to keep pace with the speed of change rugby is embracing.

“We are therefore delighted to welcome Julian to our senior executive team and the experience he will bring in managing change, developing business models and ensuring Scottish Rugby continues to be a commercially attractive brand for its partners to enable investment throughout the Scottish game.”

Momen said: “I am super excited to be joining the organisation and am full of admiration for all those past and present who have made Scottish Rugby such an attractive and powerful proposition, both on and off the field.

“I am looking forward to working with Mark and the whole organisation in developing the Scottish Rugby brand on a global basis, driving the new strategy, and creating a successful and valuable legacy for the benefit of community development and social change.

“Throughout my career I’ve loved the challenge of something new and as a fan of rugby, and all sports, this feels like a great moment to be able to bring my experience to Scottish Rugby as it moves into a fundamental phase of its growth and expansion.”

Momen will report directly to CEO Mark Dodson and have responsibility for Scottish Rugby’s commercial, ticketing and marketing functions.

He has a remit to develop the Scottish Rugby brand proposition and secure ambitious financial targets through new and existing commercial partners.

Momen’s appointment follows that of new chief financial officer Hilary Spence, who joined in August 201, as Scottish Rugby begins to work through its 2021-2024 Strategy focussing on “Wellbeing, Women and Winning.”

Scottish Rugby added: “The arrival of private equity into both the United Rugby Championship – which Scotland’s two professional teams Edinburgh Rugby and Glasgow Warriors compete – and the Six Nations is expected to change the financial landscape of the sport and provide Scottish Rugby with a platform to evolve its business operations to generate consistent revenue growth for the sport across the game in Scotland.”