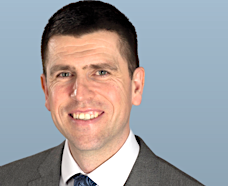 John Paul Marks has been appointed to the role of top civil servant at the Scottish Government, succeeding the controversial Leslie Evans.

Marks has been appointed Permanent Secretary to the Scottish Government and will take up post on January 5, 2022, with Evans leaving the civil service as planned upon completion of her year term.

Marks joins the Scottish Government from the UK Department for Work and Pensions (DWP) where he was Director General, Work and Health Services.

His other previous roles include Operations Director, Universal Credit Programme and Work Services Director at DWP, and Head of Corporate, International Relations at the UK Pensions Regulator.

The job was advertised by the Scottish Government in August, offering a salary of up between £162,500 and £180,000 a year for the right candidate.

This appointment has been made by First Minister Nicola Sturgeon, with the agreement of the UK Cabinet Secretary, Simon Case.

As chief official policy adviser, the Permanent Secretary works closely with the First Minister across the full range of responsibilities, including major strategic and policy issues, and is Secretary to the Scottish Cabinet.

Sturgeon said: “I am delighted to agree the appointment of John Paul Marks as Permanent Secretary to the Scottish Government.

“John Paul brings a wealth of experience to this senior leadership role from his career in the civil service working across a range of policy and delivery priorities.

“I look forward to working with him over the years ahead as we recover from COVID-19 and deliver on the government’s ambition to build a fairer, greener Scotland.”

UK Cabinet Secretary Simon Case said: “I would like to congratulate John Paul on his appointment.

“His experience at Senior Civil Service level in building teams, delivering complex system reforms, major projects and improving services at scale in the public sector will be invaluable in his new role.

“I very much look forward to working with him as part of the senior leadership of the UK Civil Service.”

Marks said: “I am delighted to take up the role of Permanent Secretary to the Scottish Government.

“I am grateful to the First Minister and Cabinet Secretary for this exciting opportunity.

“I would like to thank all the teams at the Department for Work & Pensions for their support and public service over the years.

As the principal accountable officer for the Scottish Government, the Permanent Secretary is personally responsible to the Scottish Parliament for the exercise of their responsibilities.

This includes the management of the Scottish Government’s budget and the economic, efficient and effective use of all related resources.