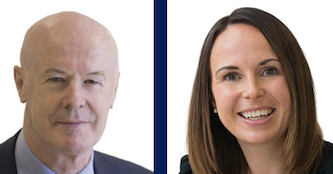 Morningstar said that, not surprisingly, Baillie Gifford’s flagship £23 billion Scottish Mortgage Investment Trust could not match its “astonishing performance” of 202o when it returned 107%, but nonetheless it returned a “still respectable” 12.5% in 2021 to place 21st.

The Morningstar ratings came as the Association of Investment Companies (AIC), the trade body for the investment trust sector, reported record levels of fundraising in the industry with as many mergers in 2021 as in the previous five years combined.

The AIC said the fundraising helped propel the industry to its highest ever level of assets under management at just under £278 billion.

The £11.3 billion raised by existing investment companies in secondary fundraising was also a record, well above the previous high of £7.4 billion in 2019.

“Fundraising was led by investment companies in the Renewable Energy Infrastructure sector which raised £3.4 billion between them, including £874 million in six IPOs,” said the AIC, which now represents investment trusts, venture capital trusts and other closed-end funds.

“This was followed by the Infrastructure and Growth Capital sectors, which raised totals of £2.1 billion and £2.0 billion respectively.

“Industry assets stood at £277.6 billion at the end of November, an all-time high.

“2021 was a year of investment company mergers with five deals completed, the same as the number of mergers in the previous five years (between 2016 and 2020 inclusive), and the most mergers in a year since AIC records begin.

“A sixth merger has been approved by shareholders of Scottish Investment Trust with JPMorgan Global Growth and Income.

“Boards were active in negotiating fee reductions on shareholders’ behalf. A total of 31 investment companies made fee changes to benefit shareholders.

“The average investment company generated a share price total return of 15.7% over the 2021 calendar year.

“The Property – UK Logistics sector performed best over this period with a 51.6% return.”

AIC CEO Richard Stone said: “It has been an enormously busy year for investment companies, most notably on the fundraising front, with a record £15 billion raised, but also for mergers, management group changes and fee reductions.

“While strong fundraising is a vote of confidence in the investment company structure, especially for investing in less liquid assets such as green infrastructure and growth capital, fee reductions and manager changes are welcome signs of boards exerting their independence to make sure shareholders are getting the best deal.

“The record number of mergers this year suggests that investment company boards are also responding to investor demand for larger, more liquid investment companies that can deliver the benefit of economies of scale to shareholders.”