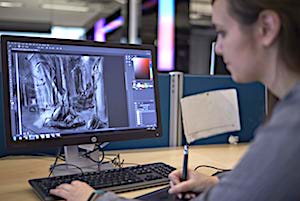 TIGA, the trade association for the UK video games industry, released new data showing that employment in the Scottish video games development industry grew 26% between April 2020 and December 2021, while company formation soared by 53 per cent.

Scotland is the fourth largest games cluster in the UK — after London, the South East of England and the North West of England.

TIGA’s research is based on an extensive survey of UK games businesses, with analysis by Games Investor Consulting.

The 26% increase in employment in the Scottish games industry compares to a 25% increase for the UK video games sector as a whole.

The growth in Scottish games development companies from 96 to 147 represents a 53% increase, compared to a 41% increase for the UK industry.

Scotland is home to 7.9% of the UK’s total games companies and 10.8% of its developer headcount.

TIGA CEO Richard Wilson: “Employment in the Scottish video games industry grew by a colossal 26 per cent between April 2020 and December 2021, while company formation soared by 53 per cent.

“Scotland represents the fourth largest games cluster in the UK.

“Scotland has a mass of experienced games developers; universities preparing skilled graduates for the games industry, including TIGA Accredited courses at Abertay University and the University of the West of Scotland; and a supportive infrastructure that includes Scottish Enterprise and Creative Scotland.

“The UK Games Fund is also based in Dundee.

“Growth in the Scottish games industry can be perpetuated by enhancing Video Games Tax Relief to reduce the cost of games development; introducing a Video Games Investment Fund to improve access to finance, and further strengthening industry-university links to enhance skills and innovation.”

Professor Gregor White, Dean of Design and Informatics at Abertay University said: “This is fantastic news for the Scottish games sector.

“We’ve been conscious of industry growth in scale and value since 2020 and have seen some significant investment from multinationals with Unity, Rockstar and Epic establishing new offices across Scotland.

“The prosperity of the Scottish sector is fantastic for graduates for Abertay’s world-leading games courses with demand for graduates particularly high and the current environment has seen an increasing number of graduate startup studios in Dundee.

“InGAME, the AHRC centre for games research and development, has added a vital piece of innovation infrastructure and its impact is reflected in the accelerated growth of several homegrown studios.

“I’m looking forward to continued prosperity in the sector as it continues to innovate, diversify and grow.”