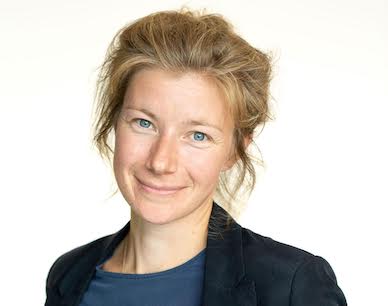 The Scottish Land Commission has made key hires to add to its team of 19 staff working on policy and practice in shaping how Scotland’s land is owned, managed and used.

Charlie Davis has been hired as project manager for diverse land ownership, Lisa Busby as training coordinator, and Hanna Wheatley as the new research officer.

The Scottish Government announced in July that “transformative changes” are being proposed to the way Scotland’s land is used and managed “in order to ensure greater benefit to communities and the environment.”

The Scottish Government is seeking views on the proposals for its new Land Reform Bill, which it said will be introduced by the end of 2023.

It said the Bill aims to address “long-standing concerns about the highly concentrated pattern of land ownership in rural areas of Scotland.”

Davis joins from Savills where she worked as a land manager.

“She brings a wealth of experience in large-scale environmental land management, engaging with a range of stakeholders across Scotland,” said the Commission.

“Charlie will work closely with land owners and managers to develop innovative models of ownership and governance to create more opportunities from Scotland’s land.”

Davis said: “There is a major opportunity in Scotland to change how our land is owned and used for the better and I’m delighted to be playing a part in that.

“Working closely with people around Scotland to move towards a better and fairer system of land will be hugely rewarding.”

Busby brings over 10 years of experience to the Commission from her background working in the community arts sector and university lecturing.

“Her training experience will help develop a programme of high-impact online and in-person training for a range of organisations and communities supporting the Scottish Land Rights and Responsibilities Statement (LRRS) principles to be delivered in practice,” said the Commission.

Busby said: “It is an incredible time to work in the land reform sector with an organisation that conducts such worthwhile, crucial work.

“I will be working to help people implement good practice on the ground through coordinating and delivering training for stakeholders across Scotland.”

Wheatley has worked as a Land and Housing Researcher at the New Economics Foundation in London.

She will conduct research on land reform to inform policy and practice and will take a lead on the Commission’s ongoing land market reporting work.

Wheatley said: “With a background in research, there is a great opportunity with the Scottish Land Commission to shape real change through evidence and to contribute and inform the land debate in Scotland.

“It’s a really exciting time to be joining.”

“They will be key to helping us drive positive change and we’re delighted to have them on board.”