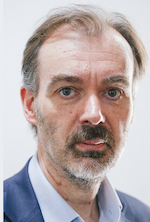 Shares of Edinburgh-based Frontier IP, a specialist in commercialising intellectual property, rose about 8% after it published results for the year ended June 30, 2022, showing the fair value of its equity portfolio increased 24% to £39.7 million.

Total revenue and other operating income increased 11% to £14.1 million.

Frontier’s part-disposal of its holding in portfolio company Exscientia generated cash of £6.525 million in the period, realising a profit of £2.867 million.

Exscientia, an AI-driven drug discovery firm, was originally a spinout company from the University of Dundee and now has offices in Oxford, Dundee, Miami and Osaka.

“Post year-end the company has sold another tranche of shares in Exscientia generating a further £3.4 million in cash with Frontier IP retaining 782,400 shares.”

Frontier IP CEO Neil Crabb said: ” … We expect the fundamental problems around climate, energy, food, water and health to spur a similar drive towards new technologies to solve them. And our portfolio is well placed to take advantage.

“The nature of our business model and the focus on industrial partnerships mean we avoid more volatile consumer-facing sectors such as fintech and delivery services.

“So, to examples. On the climate and energy side, I am excited about the potential for Pulsiv, which I believe has the potential to become a major green technology company.

“By offering major improvements in the efficiency with which electricity is converted – by reducing wasted energy from about 50 per cent to under 10 per cent – the technology could significantly reduce the strain on national power grids if adopted at a great enough scale.

“The components required are cost effective, can be fitted into smaller, lighter form factors, and used in an enormous range of devices. Pulsiv offers a compelling proposition – better products at the same price for their customers and lower bills for consumers.

“Alusid also helps to save energy and water in one of the most energy-intensive manufacturing sectors – tile making. Its novel manufacturing processes to make tiles and architectural services from recycled industrial waste uses a third less energy and 75 per cent less water than used to make conventional tiles.

“CamGraPhIC’s graphene-based photonics are able to transmit digital data and communications more rapidly than equivalent technologies and use at least 70 per cent less energy.

“Celerum’s software improves logistics’ efficiency and has the potential to reduce the carbon emitted by truck fleets.

“AquaInSilico is developing software to improve wastewater treatment across a range of industries, recovering more valuable resources, such as phosphorus, while making water quality better. It is part of a United Nations Development Programme Ocean Innovation Challenge in Cape Verde.

“Molendotech’s unique testing kits are able to test water for harmful bacteria in a matter of minutes on site compared to the days currently taken.

“Two of our companies are directly involved in food.

“On health, Exscientia is already established as a world leader in using artificial intelligence (AI) to accelerate the discovery of new drugs.

“Cambridge Raman Imaging is using graphene-based ultrafast lasers and AI to develop faster and better ways to diagnose and monitor tumours and other diseases, while The Vaccine Group is developing new types of vaccines, including those with the potential to prevent future pandemics.

“These companies are only a snapshot of our portfolio, and I am looking forward to updating on progress on other companies in future announcements.

“Finally, to reflect development of our portfolio as it matures and companies evolve, we have added a further two clusters to the existing four.

“The additional ones are energy and the Blue Economy. Crises beget opportunities.

“Our cluster-based approach means we are focused on the areas where we see the greatest opportunity and our well-financed balance sheet means we are positioned to take advantage.

“Although we cannot say for how long the current uncertainties will exist, or how bad things might get, we remain confident in the future prospects for the business.”