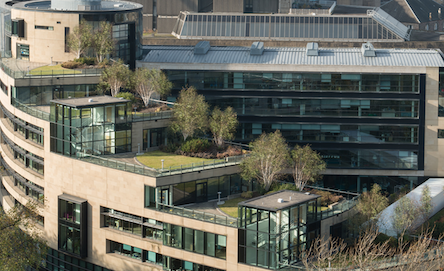 By Mark McSherry — Baillie Gifford’s £2.3 billion Monks Investment Trust plc said it made a loss on investments of £164.1 million in a “disappointing” six months to October 31, 2022, compared to a gain of £203.6 in the prior year period.

Monks said it has sold 20 holdings in a “proactive and ruthless” portfolio “weeding” exercise.

The fund said it produced a negative net asset value (NAV) total return of -5.2% compared to -0.3% for the comparative index (FTSE World in sterling).

“Since the Global Alpha team took over the management of the portfolio in March 2015, the company has produced a NAV total return of +118.4% compared to +119.7% for the comparative index,” said the trust.

No interim dividend is being paid by Monks.

The trust said a single final dividend will typically be paid after the AGM, “reflecting the company’s focus on capital growth.”

Monks is managed by Spencer Adair and Malcolm MacColl.

“The performance of the Monks portfolio over the past six months has been disappointing,” wrote Monks chair Karl Sternberg.

“The backdrop of an ongoing war in Europe between Russia and Ukraine, rising inflation, and aggressive central bank rate rises have done little to ease investor nervousness.

“Investors’ appetite for risk has been reduced, their timeframes have shrunk, and the value the market is prepared to place on future profits has fallen.

“The sort of structurally expanding businesses Monks invests in, particularly those where profits lie a few years out, remain out of favour.”

Year-to-date, Monks said it has sold 20 holdings and established nine new ones.

“These sales can be broadly categorised into three main groups.

“The first comprises companies that we believe to be materially challenged in an inflationary environment or that are exposed to a potential tapering of consumer demand.

“Peloton and Carvana have been disappointingly short-lived holdings.

“In Peloton’s case, it became clear that the company had mismanaged the hardware side of its business, significantly overestimating demand for its exercise bikes.

“This necessitated the appointment of a new CEO and a period of stabilisation.

“We moved on as our confidence in management had been undermined and our original thesis overwhelmed.  Carvana buys its inventory (used cars) on credit and sells to consumers who are often reliant on credit.

“In a period of rising interest rates and weakening demand for highly discretionary goods, our view is that Carvana’s probability of success is narrowing.

“Teladoc had been a longer-term holding (purchased in September 2019).

“A combination of slowing growth, and significant write-downs relating to an acquisition, undermined our confidence in the long-term investment case.

“We continue to contemplate the long-term implications for the likes of Wayfair (online furniture retail), Oscar Health (health insurance) and Adidas (sports apparel).

“The second group is Chinese companies.

“For each company, there are fundamental reasons behind our decision to sell.

“For example, emerging competition in the cases of KE Holdings and TME and governance concerns at Brilliance China Automotive.

“However, it is important to recognise the prevailing regulatory environment for private enterprise in China.

“We believe that it is increasingly difficult for private enterprises in China to generate supernormal profits of the sort that we seek for Monks’ portfolio. Therefore, a more modest overall exposure to China better reflects our view of the potential upside.

“The third group is where the investment case has played out or where we have been disappointed by management’s ability to execute.

“In the former camp, Hays, Page Group (both recruitment) and ICICI Bank (retail banking), have delivered operationally and in share price terms.

“In Hays and Page Groups’ case, the future threat of online platforms like LinkedIn compelled us to move on, whilst ICICI Bank has grown its loan book, asset quality and net interest margins strongly.

“In the latter camp, Lyft (ride hailing), Stericyle (waste management) and Vimeo (video software) failed either to meet our ambitions for their business or underwhelmed operationally.”