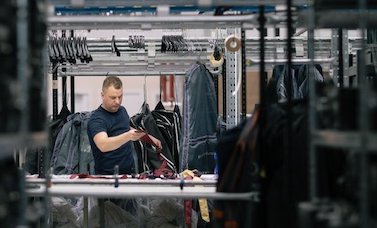 The latest labour market statistics from the UK’s Office for National Statistics (ONS) showed that Scotland’s estimated employment rate rose over the August to October 2022 quarter to 75.9%, the joint highest level in the series with February-April 2019.

Separate HMRC early estimates showed 2.44 million payrolled employees in Scotland in November 2022 — 59,000 more than in February 2020, prior to the pandemic.

The ONS data showed the estimated employment rate in Scotland — the proportion of people aged 16-64 in work — was 75.9%, up 0.6 percentage points since December 2019-February 2020 (pre-pandemic) and up 0.7 percentage points over the quarter.

Scotland’s employment rate was above the UK rate of 75.6%.

Scotland’s unemployment rate was below the UK rate of 3.7%.

Scottish Government employment minister Richard Lochhead, said: “Although the latest GDP data showed a contraction in the economy during the third quarter of 2022, the employment rate for August to October 2022 increased to a joint record high.

“This is against the backdrop of the serious challenges which businesses are facing from the cost crisis, high inflation, the continued impact of Brexit and the economic consequences of Russia’s illegal invasion of Ukraine.

“Priorities for Thursday’s Scottish Budget 2023-24 include helping families and public services through the cost-of-living crisis and transforming the economy to deliver net zero.”