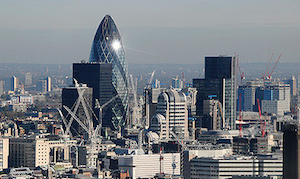 Small and micro-cap listed companies are increasingly re-assessing whether the listed market is the right venue to grow, according to a new report on mergers and acquisitions (M&A) from investment bank Peel Hunt.

“In the listed environment, the withdrawal of funds from UK equities, combined with an evolving trend for institutional investors in UK equities to be increasingly selective about the companies they back, means that the threshold for listed companies to be relevant – and therefore able to access the equity markets efficiently – continues to rise,” said the Peel Hunt report.

“Small and micro-cap listed companies are increasingly re-assessing whether the listed market is the right venue to prosecute their strategies.

“Where the answer is in the negative, becoming part of a larger group or switching to private ownership are the obvious solutions.

“The progress of the Edinburgh reforms will be critical to confirming the UK equity market’s place as a globally competitive venue for listing.”

The report said 2022 was a year of two distinct halves for M&A in the UK — the first half saw a continuation of the main trend of 2021 with overseas corporates and private equity bidders dominating the buyers list for UK plcs.

The pace accelerated as stock markets reacted to rising inflation, the war in Ukraine and its effects on the global economy, leaving UK stocks looking undervalued.

“Over that period, 8 FTSE 250 companies were subject to firm offers,” said the report.

“In H2, the shockwaves of high inflation, ramping interest rates, volatile currencies and political upheaval in the UK contributed to a collapse in consumer and boardroom confidence, and severe tightening in the financing markets.

“The effect has been a marked slowdown in UK takeover activity to a level even lower than in the immediate aftermath of the first global outbreak of Covid.”

The report said private equity activity is also down in UK M&A.

“The low availability and high cost of debt to finance take-private transactions has meant that PE bidders have been almost entirely absent from UK takeover activity in 22H2,” said the report.

“Only those funds willing and able to fund transactions fully from existing funds have announced binding offers since the summer.

“In recent years, overseas corporate bidders have focused their sights on larger targets on average, but they too have become cautiously selective of late, taking the opportunity to assess how the macroeconomic climate might settle, and what that means for business performance and valuations,” said Peel Hunt.

“In such a febrile operating environment, both earnings forecasts and the appropriate multiple to apply to those forecasts to reach a valuation are difficult to establish.”