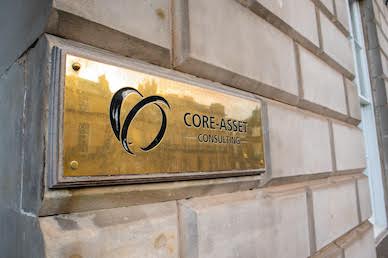 An “unprecedented” shortage of skilled labour in Scotland’s financial services sector will be the defining issue of the coming year, according to an influential annual report.

Warnings over an “ever-increasing war for talent” and the struggle to meet soaring staff expectations are symptomatic of a jobs market whereby employees still hold the balance of power.

The report said Brexit has made Scotland’s talent shortage worse.

Core-Asset Consulting’s “Industry Trends and Salary Guide” is a forensic review of salary levels, as well as a gauge of market sentiment, activity and the themes impacting the sector in Scotland.

Due to be published in late January, the report by one the sector’s leading recruiters also underlines that the decreased reliance on face-to-face work means that firms in Scotland must compete with London and other financial hubs for available talent.

Firms offering roles north of the border have been left struggling to fill vacancies, which rose 23% over 2022 compared to the previous year, while the number of applicants is down by 19%.

The time taken to fill a vacancy has also grown again, with many firms forced to review and hike initial salary levels, forcing difficult conversations internally with existing staff on similar pay brackets.

“Flexibility is the name of the game, but as a basic benefit, not a nice to have. Flexible working is now the norm for many and organisations must reposition and reinvent themselves to compete effectively.

“Ultimately, businesses must be prepared to market themselves to candidates just as they would to potential customers – as candidates know their value and they know that many skills face a supply shortfall.”

The guide states that the causes of labour market deficiencies are layered, but makes clear that the reduction in available labour is interconnected with the UK’s exit from the European Union and the subsequent exodus of overseas nationals during the pandemic.

It advises that to be successful in hiring, firms “must be closely attuned to the needs of the pool of labour, with salaries meeting rising inflation, a focus on employee wellbeing, investment in training and development and support with the cost of living expected.”

A straw poll of 43 recent Core-Asset Consulting candidates revealed that 39.5% would not entertain a role that offered no flexible working, while 79% would be willing to travel to London two days per week in return for flexibility, over a role necessitating five days in the office.