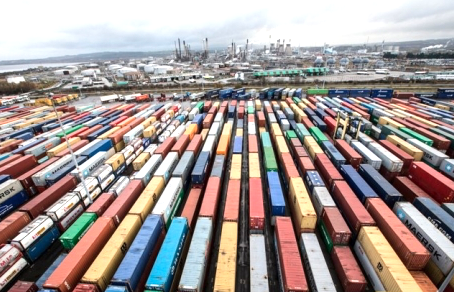 The Business Activity Index — a measure of combined manufacturing and service sector output — improved from November’s recent low of 43.9 to 48.3 in December, signalling the softest downturn in activity in the current five-month sequence of reduction.

While new work received fell strongly in December, the pace of decrease was softer than that recorded in the previous survey period.

“That said, the ongoing drop in business requirements amid challenging demand conditions resulted in the first fall in employment in 21 months …” said the report.

“While the rate of decline eased from November’s recent low, it was solid overall. The cost of living crisis, higher interest rates and growing economic uncertainty were all linked to the loss in client appetite.

“Moreover, the downturn in incoming new business across Scotland was stronger than that recorded at the UK-level …”

The latest data signalled a fall in employment across Scotland during December, ending the run of uninterrupted growth that began in April 2021.

“This was driven by lower staffing levels reported at service providers, as goods producers posted another slight rise in headcounts,” said the report.

“The overall decline was only marginal. Where a fall was noted, firms were either actively reducing headcounts or delayed hiring despite reports of resignations.

“The pace of job shedding across Scotland was slightly faster than the UK average, which similarly reported a fall in payroll numbers for the first time in 22 months.

“As has been the case since June, levels of unfinished work fell across Scotland during December.

“The rate of depletion eased on the month to the softest since August, but was solid overall. Surveyed businesses reported that as the pipeline of new work was eroded, they were able to work through backlogs.

“The pace of contraction across Scotland was in line with that recorded for the UK as a whole.”

Companies in Scotland registered another substantial incline in average cost burdens during December, stretching the current run of inflation to 31 months.

“Client appetite suffered as various economic headwinds continued to dominate the business environment. That said, the downturn across Scotland visibly eased from November, as both private sector output and new work received fell at softer paces.

“Moreover, the loss in demand helped to relieve price pressures, with slower rates of inflation seen for both input costs and output charges. Nonetheless, these remain well above their respective historical averages.

“As we move into 2023, it will be important as to how firms adjust to demand shortfalls.

“We have already noticed the first reduction in employment since March 2021. Moreover, amid a high inflation and interest rate environment, it will be difficult to revive demand and thus will be the primary concern for businesses.”