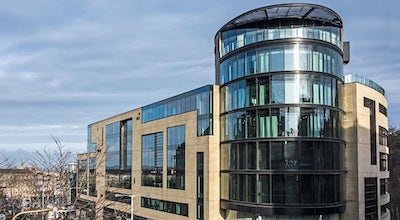 Baillie Gifford’s £880 million Edinburgh Worldwide Investment Trust reported that the company’s net asset value (NAV) per share decreased by 40.3% and the share price by 46.0% in the year to October 31, 2022.

Edinburgh Worldwide said the top detractors to performance over the year were Ocado, the online grocery retailer and technology provider, Codexis, an industrial and pharmaceutical enzyme developer, and Upwork, an online freelancing and recruitment services platform.

Among the top contributors to performance over the year were Space Exploration Technologies (SpaceX), which designs, manufactures and launches advanced rockets and spacecraft, ShockWave Medical, a manufacturer of medical devices, and Alnylam Pharmaceuticals, which develops drugs focussed on harnessing gene silencing technology.

No final dividend is being paid.

“The company’s objective remains that of generating capital growth,” said the fund.

“Should the level of underlying income increase in future years, the board will seek to distribute the minimum permissible to maintain investment trust status.”

“Despite a stock market that is increasingly impatient and where the supply of capital is restricted, the fundamental opportunity for innovation and tech-led progress are strong.

“The board and managers are of the view that across numerous frontiers entrepreneurs and innovative companies are building solutions that will likely transform societal expectations.

“These frontiers span a seismic shift in what we can anticipate in diverse areas such as healthcare, communications, computing and how businesses function.

“The rewards to the brave and patient investor look increasingly attractive.”

Edinburgh Worldwide’s objective is the achievement of long term capital growth by investing primarily in listed companies throughout the world.

Edinburgh Worldwide is managed by Baillie Gifford, the Edinburgh based fund management group with over £235 billion under management and advice as at January 19, 2022.

The managers wrote: “The whims of a stock market can come and go but the legacy of innovation remains and is all around us.

“We think the fundamental opportunity for innovation and tech-led progress are as strong as we have seen.

“Across numerous frontiers we see entrepreneurs and innovative companies building solutions that we think will transform what society can expect.

“These frontiers span a seismic shift in what we can anticipate in diverse areas such as healthcare, communications, computing and how businesses function.

“While many of these advances are likely to appear in a five to ten year time frame, we are equally excited about the possibilities that sit beyond this.

“Although our enthusiasm for what the future offers is undiminished, the share price performance of many of the holdings in the portfolio has been sharply impacted by the changing backdrop discussed above.

“For many of the companies held, this feels a largely mechanical based valuation reset as interest rates have risen and consequently their future cashflows are deemed to be worth less.

“More recently, this has been exacerbated as stock markets have begun to price in lower economic growth assumptions.

“Our bottom-up, growth-orientated investment style will always leave us at the mercy of fear-driven market sell offs.

“Simply put, the current areas of angst (volatility in interest rates and economic cyclicality) are not inputs that we think carry much insight when performing long term analysis on a company.

“Our analysis skews heavily to understanding how the operations of a business might perform over the 10+ year timeframe.

“For most businesses, and especially younger/smaller ones, that path will be most heavily influenced by both the decision that a company takes and how its industry evolves.

“We don’t seek to duck the topic of valuation, far from it. Rather, we seek to project where a business might get to and what it might be worth at that point.

“The real unlock in achieving that is not the immediate finessing of complex valuation spreadsheets but it’s the passage of time and the delivery of real tangible progress by the companies themselves.

“In a stock market that is increasingly impatient, we think the rewards to the brave and patient look increasingly attractive.

“The decade long era of abundant and overly cheap capital has run its course. The premium placed on stable long-term capital will be higher.

“As the pendulum of power is shifting from the users of capital towards the providers of capital, we think the relevance of Edinburgh Worldwide’s structure and philosophy will, once again, come to the fore. A transition period is just that …”