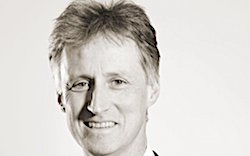 Amati manages about £430 million in assets.

“The closure of the high profile Woodford Equity Income Fund has led investors more to check that the open-ended funds they own have adequate levels of liquidity …” wrote Jourdan in the message.

” … we can say categorically that the TB Amati UK Smaller Companies Fund has no holdings in private companies, and will never choose to do so.

“This kind of fund is designed to hold quoted investments.

“This leaves the question of ‘illiquid holdings.’

“Unfortunately holdings in private companies are sometimes lumped together with some low-liquidity quoted holdings and are called ‘illiquid.’

“This is misleading. Private companies tend to have legally binding restrictions around liquidity …

“We regard the TB Amati UK Smaller Companies Fund as having high levels of liquidity.

“All securities are quoted in London, and that the weighted average market capitalisation of the holdings is around £880m.

“We also monitor the average daily turnover of stocks in the portfolio and the amount of time it would normally take to liquidate positions in the fund if we traded at that level each day.

“However, we regard these numbers with caution, as any one of the stocks we hold can trade much larger numbers than the daily average on occasions when there is a need to do so, whilst equally, in a market panic, liquidity for sellers declines steeply.

“We take comfort from the fact that where we had some holdings in common with Woodford Equity Income Fund, such as Watkin Jones, we saw the potential overhang of over 10% of the company cleared in two trading days, and we were amongst those who added to our holding …”

Mattioli Woods acquired 49% of Amati in February, 2017 with the option to acquire the remaining 51% in the two years commencing February 6, 2019.

“As announced on 5 February 2019, given the success of the current arrangement, the group believes that retaining a minority interest in the joint venture offers the optimal structure for all stakeholders,” said Mattioli Woods last week.

“Accordingly, the group agreed to cancel the option in return for a payment of £0.75 million from the management team.”