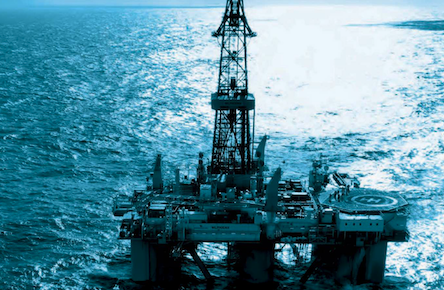 Shares of troubled West of Shetland oil and gas explorer Hurricane Energy plc rose almost 30% on Wednesday after it said chairman Steven McTiernan and its other non-executive directors John van der Welle, Sandy Shaw, Beverley Smith and David Jenkins resigned from the board with immediate effect.

Hurricane Energy said Alan John Wright and David Ian Craik — both nominated by major shareholder Crystal Amber Fund — have been appointed to the board as non-executive directors, with Wright assuming the position of interim chairman.

Crystal Amber Fund had demanded the removal of the five directors in May.

The moves follow Monday’s decision by the High Court of Justice of England and Wales not to sanction Hurricane’s complex debt restructuring plan.

The plan would have given control of the firm to Hurricane’s bondholders in exchange for forgiving $50 million of debt and extended the maturity date on a further $180 million of bonds due to be repaid in July next year.

Hurricane shares, which have been in the doldrums, rallied almost 30% to around 3.60p.

Crystal Amber said it regards Hurricane’s flagship Lancaster field West of Shetland as “one of the most prolific production wells in the North Sea” that could eventually “generate approximately $600 million of revenue.”

Hurricane added: “The company also announces that it has received a letter from Crystal Amber Fund Limited withdrawing its requisition notice pursuant to section 303 of the Companies Act 2006, requiring that Hurricane’s board convene a general meeting of shareholders.

“In addition, the resolutions proposing the re-election to the board of Steven McTiernan and Sandy Shaw due to be voted on at today’s AGM will now be withdrawn.

“Such re-appointments would be subject to approval by the shareholders at the company’s 2022 AGM.”

Hurricane CEO Antony Maris said: “I would like to thank Steven and the other non-executive directors for their contribution to the board over their years of service, particularly during the recent challenging period for the company – I have been very grateful for their counsel and support.

“I would also like to welcome David and John to Hurricane and look forward to working with them as we aim to maximise the value of our West of Shetland assets for the benefit of stakeholders.”

Crystal Amber said in a statement: “These board changes follow the judgment delivered on 28 June 2021 by Mr Justice Zacaroli in the High Court of Justice in which Hurricane’s Restructuring Plan, that would have seen shareholders massively diluted, was not sanctioned after Crystal Amber strongly opposed it.

“Mr Justice Zacaroli referred in his judgment to the continued profitable trading at Hurricane and the prospects of that continuing long into the future.

“In this regard, last week, Bluewater Energy Services B.V. (from whom Hurricane leases the FPSO – Floating Production Storage and Offloading – vessel) made contact directly with Crystal Amber in which it stated that it remains very keen to progress discussions and investigate solutions and proposals to extend the charter beyond June 2022.

“Crystal Amber regards Lancaster as one of the most prolific production wells in the North Sea.

“Crystal Amber would refer market participants to Hurricane’s Restructuring Business Plan Presentation dated 24 May 2021, which is available on the company’s website.

“The presentation sets out Hurricane’s long range forecast of production from its existing P6 Well.

“By February 2024, this is estimated to deliver 8.4 million barrels of oil.

“Based on the forward curve for oil prices, this would generate approximately $600 million of revenue.

“Based on historic margins, this would deliver operating cash flows of in excess of $250 million.

“Crystal Amber is acutely aware that bondholders are owed $230 million, repayable in July 2022.

“The most recently disclosed gross cash at Hurricane is approximately $190 million, with unrestricted cash of $145 million.

“Unrestricted cash is expected to further increase each month between now and next year.

“Crystal Amber looks forward to and expects the newly constituted board to focus on continuing to meet its obligations to its bondholders and repaying the bonds at maturity, so that the company can then fully capitalise on other opportunities within its portfolio.

“In relation to the current executive directors – Mr Maris and Mr Chaffe – whilst Crystal Amber continues to have serious concerns as to their suitability and performance, it was not seeking their removal at the general meeting scheduled for 5 July 2021.

“This was to ensure continuity with the proposed incoming non-executive directors.

“Market participants would have seen from Hurricane’s announcement of the result of the sanction hearing an assertion that in the event the executive directors were removed from the board at the AGM today, the company’s nominated adviser was likely to resign with immediate effect.

“In the circumstances, and following discussions between Crystal Amber and Hurricane, it was agreed that it was in the best interests of all stakeholders that the executive directors remain on the board for the time being.”

“The board notes the results of these resolutions and the significant vote against them,” said Hurricane.

“We have engaged with shareholders to understand their reasons for voting in this way and understand their concerns, in particular in connection with events connected with the company’s proposed restructuring plan.

“The board will consider further changes to the board in order to comply with appropriate corporate governance standards in the near term.”

A resolution to re-appoint Deloitte LLP as the company’s auditors was not passed.

Hurricane said it is “considering its options following this outcome and will update the market in due course.”