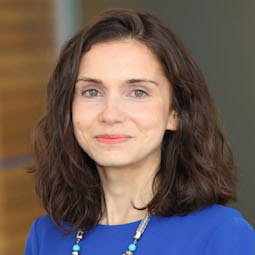 The UK is rated a B by the MCGPI for its retirement system with its overall score increasing from 64.9 to 71.6.

Iceland, a newcomer to the index, was named the world’s best retirement system by the MCGPI with the Netherlands and Denmark taking second and third places respectively in the rankings.

Also ahead of the UK were Israel, Norway, Australia, Finland and Sweden.

The study also revealed that there is much that pension systems can do to reduce the gender pension gap — an issue inherent in every system.

The MCGPI is a comprehensive study of global pension systems, accounting for 65% of the world’s population.

It benchmarks retirement income systems around the world — highlighting some shortcomings in each system and suggesting possible areas of reform.

The MCGPI said the top three systems, all receiving an A-grade, “are sustainable and well-governed systems, providing strong benefits” to individuals.

“The considerable increase in the UK index score was driven by a strong improvement in the adequacy sub-index value – which went from 59.2 in 2020 to 73.9 this year,” said the report.

“The impact of auto enrolment, in turn improving the net replacement rate as calculated by the OECD, was the key factor behind this increase.

“However, there remains room for improvement in areas such as the gender pensions gap and pensions adequacy for lower paid workers.”

Tess Page, Partner and Trustee Leader at Mercer, said: “The UK pensions system is in a much improved position from last year.

“We have benefitted from auto-enrolment pushing up savings rates, as well as mostly helpful policy and regulatory changes.

“However, many members still face a cliff edge at retirement and, as ‘generation DC’ approaches pensions age, this issue is only expected to accelerate.

“There are a number of actions that employers, trustees, and the Government could take to help improve the UK system and deliver better long-term retirement outcomes.

“A great start would be further increasing auto-enrolment contributions and coverage – notably to better serve those who are self-employed.”

Olivier Fines, Head of Advocacy EMEA at CFA Institute said: “With the Pension Schemes Act 2015, the UK government aimed to bring more flexibility into the system and permit a redistribution of risk between employers, individual members and intermediary third parties.

“This was done to allow the system to better cater to people’s needs.

“However, it has also upped the ante for individuals to take responsibility for their own long-term savings needs and decisions around their benefits.

“This is where the financial sector has a role to play.

“Members should expect that the advice they obtain from professionals on such crucial decisions which affect their livelihoods be guided by fiduciary duty and suitability.

“In 2019, membership of occupational defined contribution schemes in the UK for the first time exceeded that of traditional defined benefit schemes.

“A tool like the Mercer CFA Institute Global Pension Index can help the industry and policy makers better appreciate the structural and long-term impacts of policy decisions and provide meaningful context for this crucial debate.”