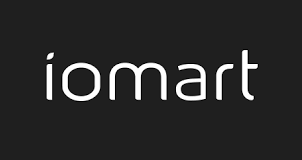 Glasgow-based cloud data centre operator Iomart Group announced it has agreed a refinancing, replacing the firm’s existing single bank revolving credit facility (RCF) of £80 million that was due to mature in September 2022 with a new £100 million RCF.

The RCF is provided by a new four-bank group consisting of HSBC UK, Royal Bank of Scotland, Bank of Ireland and Clydesdale Bank.

“The new facility has an initial maturity date of 30 June 2025, with a 12-month extension option and benefits from a £50m Accordion Facility in addition to the £100m committed facility,” said Iomart.

“An arrangement fee will be payable upfront in addition to a commitment fee on the undrawn portion of the new RCF on equivalent terms to the previous facility.

“The RCF and the Accordion Facility (if exercised) provide the company with additional liquidity to be used for working capital purposes and to fund investments, in accordance with the company’s 5-year strategic plan.”

Iomart CFO Scott Cunningham said: “We are delighted to have secured an increased and more flexible arrangement through a diversified bank club.