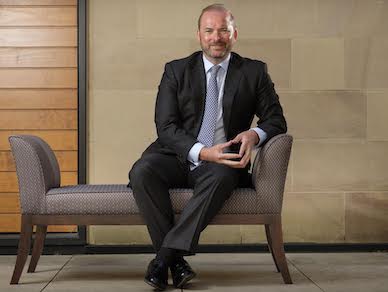 Murray Capital Group has reported that its turnover from continued operations for the year to June 30, 2022, rose 11% to £92.8 million “driven primarily by increased steel prices in the company’s metals group.”

Those profits helped shareholders’ funds grow year-on-year from £35.5 million to £43.9 million, an annual return of 23%.

Ownership of the business recently passed from one generation of the Murray family to the next when David Murray senior handed the reins to his sons David and Keith.

Murray Capital is a family-run business whose principal activities are the development of land for the residential and commercial sectors, investment in private companies and real estate, wine importing and distribution, and the provision of metal stockholding, processing and distribution.

The company said it is currently “reviewing its options” for the remaining 520 acres of land on its Edinburgh Garden District site on the western edge of the Scottish capital “in light of the ongoing planning issues in Edinburgh and the overall housing market dynamics.”

Murray Capital Group MD David D Murray said: “We are very pleased to post our best set of results for a number of years, although we do so with our feet planted firmly on the ground given the cyclical nature of our businesses and the current economic uncertainties in UK and global markets.

“The performance of the metals business is particularly encouraging, given the investment we made in restructuring that business during 2020.

“The current financial year has also started well, with encouraging trading results in the first quarter, although we are mindful of the wider economic turmoil and the general sense of nervousness about the year ahead.

“Being family-owned, with no external third-party debt, allows us to take a long-term and patient view, which we believe will be necessary as the cost of money increases and higher inflation continues to impact the environment in which we operate.

“We remain optimistic though, and will continue to focus on the things we can control and to build on the solid foundations we have developed across the group over many years.”

The firm said its largest new investment made during the period was into Wavegarden, a £55 million development using new technology to build Scotland’s first inland surfing destination on the outskirts of Edinburgh.

In April 2022, the group sold its longstanding investment in Capito, an IT services business, to XMA, one of the UK’s largest IT resellers.

In the three months since the end of June 2022, Murray Estates secured final outline planning for its Edinburgh Garden District development, comprising 1,350 homes – which includes family and affordable accommodation – a primary school, commercial and retail centre, and supporting infrastructure. Work should begin next year.

“The team is currently reviewing its options for the remaining 520 acres of land on that site in light of the ongoing planning issues in Edinburgh and the overall housing market dynamics,” said the company.

“Plans for a 23-acre site at the Edinburgh International Business Gateway, next to Edinburgh Airport, were called in for review by the Scottish Government in May 2019 and remain on hold, pending approval from ministers.

“In August, the business sold 5.5 acres at its Kingdom Park site in Kirkcaldy to Persimmon Homes.

“This completes phases one and two. Focus now moves to phases three, four and five, which includes more than 500 additional new homes, a retail park, primary school and support infrastructure.”