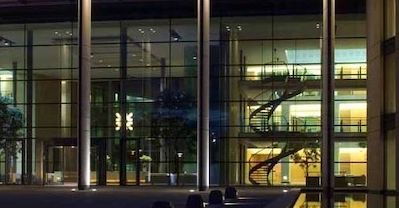 Job hiring activity across Scotland fell into decline during October, with both permanent staff appointments and temporary job billings contracting, according to the latest Royal Bank of Scotland Report on Jobs survey.

The report said permanent job placements have now fallen in two of the past three months, while the downturn in temp billings was the first seen since August 2020.

Further, the rates of contraction were strong overall amid reports of growing economic uncertainty, softening demand conditions and the deepening cost of living crisis.

The pace of decline in permanent candidate availability quickened on the month and panellists generally linked the latest downturn to skill shortages and increased hesitancy to seek out new roles due to rising economic uncertainty.

“After a month of growth in September, the respective seasonally adjusted index reverted below the neutral 50.0 threshold to signal the second reduction in three months.

“The rate of contraction was the fastest seen in nearly two years and solid, with recruiters often linking the fall to growing economic uncertainty and the cost of living crisis.

“At the UK level, a fall in permanent staff hires was also noted, with the rate of decline similar to that seen in Scotland.

“The rate of contraction was the quickest seen since July 2020 during the initial wave of the pandemic and strong overall. According to panellists, the latest fall was driven by reduced activity at clients.

“Across the UK as a whole, temp billings were broadly stagnant after rising in each of the prior 26 months.”

Sebastian Burnside, Chief Economist at Royal Bank of Scotland, said: “Labour market conditions across Scotland deteriorated in October, as for the first time since August 2020, both permanent placements and temporary billings contracted.

“At the same time, rates of vacancy growth for both permanent and short-term staff continued to ease.

“Though it does seem that market imbalances are becoming less pronounced, the effect on pay remains strong.

“The data therefore suggest that growing uncertainty about the economy and the cost of living crisis are already affecting the labour market, and could weigh further on hiring decisions for the remainder of the final quarter of 2022.”