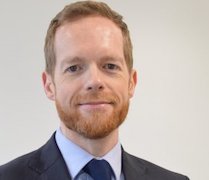 The auditors want to see the Scottish Government improve its guidelines for investing in private companies.

Audit Scotland said more could be done “to strengthen financial control over its interventions and identifying benefits to the public.”

The auditors reported underspends in the Education and Skills portfolio of £806 million, the Finance and Economy portfolio of £536 million and the Net Zero, Energy and Transport portfolio of £475 million.

The Scottish Government said the underspend in the Education and Skills portfolio relates predominantly to the costs of providing student loans “which uses a complex economic model and which is affected by interest rate movements.”

This underspend “represents a non-cash saving which cannot be used to fund expenditure elsewhere.”

“The continuing absence of a devolved public sector consolidated account means it is difficult to assess the overall health of Scotland’s public finances at a time of greatest need.

“Similarly, the absence of defined, measurable performance targets means it is difficult to assess whether the Scottish Government is delivering its intended aims in support of national outcomes.

“Robust and transparent financial and performance reporting provides information about the impact of past decisions on future budgets, performance and intended outcomes.

“This is vital in supporting the long-term decision-making required for essential public sector reform.”

Stephen Boyle, Auditor General for Scotland, said: “The Scottish Government has strengthened its focus on longer-term financial planning, but there is still more it can do to ensure there is much greater transparency around its spending.

“The consolidated accounts as they stand are a critical component of the Scottish Government’s accountability to the Parliament and the Scottish people, especially at a time of such extraordinary pressures on the public finances.

“But they do not tell us the full picture.

“The need for a single public sector account that provides a comprehensive and transparent assessment of the state of Scotland’s public finances has never been greater.”