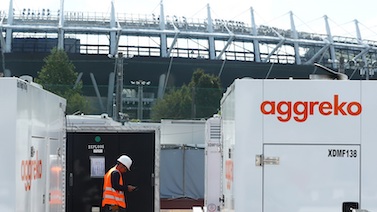 “The Offer will be put to Crestchic Shareholders at the Court Meeting and at the General Meeting,” said Aggreko.

Aggreko said it has so far received irrevocable undertakings or letters of intent in respect of 38.5% of the voting shares in support of the deal.

Aggreko chairman Mike Smith said: “Crestchic is a world-class business operating in an attractive and specialised area of the power reliability market.

“In Aggreko, Crestchic will have a supportive and well-capitalised owner who shares Crestchic’s desire to execute against its long-term vision of providing solutions aligned with the changing requirements of our customers.

“We look forward to Crestchic becoming part of the Aggreko Group to provide the best platform for success for Crestchic’s customers, employees and wider stakeholders”

Crestchic chairman Peter Harris said: “The Crestchic board is pleased with the considerable progress made by the company following the implementation and delivery of its refocused strategy, and believes that Crestchic has the potential to generate significant value for shareholders in the long-term.

“However, the board recognises that Crestchic, as a relatively small business, could accelerate its growth and shareholder value creation by combining with a significantly larger player in related global markets.

“The offer of 401 pence per Crestchic share in cash represents an attractive, immediate premium for shareholders, and I am confident that under Aggreko’s responsible long-term stewardship the business will continue to thrive.”