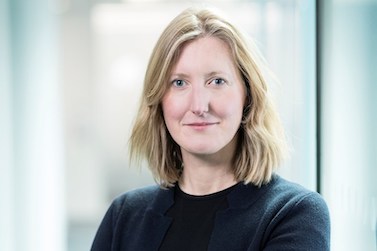 SSE Thermal announced it is developing a “first-of-a-kind” project in the Humber area of North East England which would unite hydrogen production, storage and power generation in one location by the middle of this decade.

“The Aldbrough Hydrogen Pathfinder project will support the evidence base for wider deployment of flexible hydrogen power in the UK’s net zero journey and is a major enabler of SSE Thermal’s wider Humber ambitions,” said SSE Thermal.

Located at the existing Aldbrough Gas Storage site of SSE Thermal and Equinor on the East Yorkshire coast, the project is designed “to demonstrate the interactions between hydrogen electrolysis, hydrogen cavern storage and 100% hydrogen dispatchable power.”

SSE Thermal added: “The concept would see green power sourced from grid through Renewable PPAs, in compliance with the Low Carbon Hydrogen Standard.

“Hydrogen would then be produced via a 35MW electrolyser before being stored in a converted salt cavern and then used in a 100% hydrogen-fired turbine, exporting flexible green power back to grid at times of system need.

“In future, hydrogen storage will also benefit offtakers in other sectors, for example in industry, heat or transport.

“The Aldbrough Hydrogen Pathfinder aims to produce hydrogen and start filling the cavern by 2025, subject to planning consents and reaching a financial investment decision next year.

“The project is seeking support in the UK Government’s Net Zero Hydrogen Fund, which aims to support the commercial deployment of new low-carbon hydrogen production projects during the 2020s.

“The Pathfinder project will secure early electrolytic hydrogen production capacity and prove an integrated concept to add vital flexibility and security to the UK’s electricity system.”

SSE Thermal has signed a contract with Siemens Energy for the delivery of the first phase of a Front End Engineering and Design programme.

On the news that SSE Thermal MD Catherine Raw will join the SSE executive committee in January, SSE said: “Catherine is responsible for the strategy, performance and development of the company’s flexible power generation and energy storage activities.

“She joined SSE in April 2022 following being both Chief Operating Officer for North America and Chief Financial Officer for international metals and mining firm, Barrick Gold.

“Prior to this she worked at Blackrock as a managing director and fund manager. Catherine has a wealth of expertise in operational and financial performance, commodity markets and investment management.

“She holds an MA in Natural Sciences from Downing College, University of Cambridge, an MSc in Mineral Project Appraisal from Imperial College London and is a CFA charterholder.

“SSE Thermal’s assets currently play a key part in providing much-needed flexibility to energy systems in the UK and Ireland and have performed well during 2022 when society has needed them for security of supply.