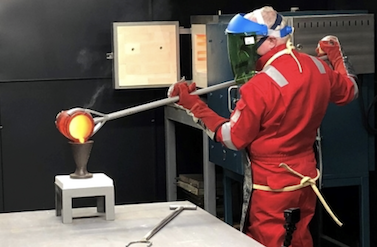 Scotgold Resources Limited, which owns the Cononish Gold and Silver Mine near Tyndrum, has reported that its gold concentrate shipments totalled 1,078 tonnes with a sales value of £11.9 million in the year to December 31, 2022.

Scotgold said it is working on additional funding “to support delivery of 2023 mine plan ….”

Shares of Scotgold fell about 15%.

Scotgold highlighted its fourth quarter weather and production problems in a 2022 production, sales and operations update that included a 2023 strategy/outlook.

“Q4 2022 gold production as concentrate and doré totalled 1,805 ounces an additional 324 ounces were mined in December but had to be stored underground as weather conditions didn’t allow for the mining trucks to move the ore to the ROM pad safely … said Scotgold.

“Reduced guidance for Q4 2022 announced on 21 December 2022 was primarily due to changing the short-term mining schedule to expedite continuous long hole stoping in the western areas of the mine in 2023, and weather conditions in December …

“Moving ore from the mine to the process plant during December was also restricted due to harsher than expected weather conditions in December, however this ore was processed in the first week of January 2023.”

Scotgold added: “As a result of impacted Q4 2022 gold production and sales the Company’s financial and working capital position has been adversely affected – the company is working on additional funding to support delivery of 2023 mine plan …

Scotgold Resources CEO Phil Day said: “2022 has been a year of significant development at Cononish.

“Advancing a mine and transitioning from development through to a long-term mining method, such as stoping, is always challenging, however I am pleased with the significant progress that has been made over the past year and would like to again thank our dedicated team that has helped build Cononish into the operational mine it is today, with over 100 employees.

“December 2022 has been by far our most challenging period in terms of the underground mine development, as announced on 21 December, which has put significant short-term strains on the business.

“However, mining in the New Year has been progressing well and in line with the mining plan, achieving 78 meters of mining development as well as c.500 ounces of gold mined, and 1,600 tonnes of ore mined and processed through the process plant.

“Our 2023 mine plan is focused on high grade and increasing ounce production, which in turn with lowering cost per ounce as the mine moves towards full production will generate significant cash generation per ounce. In line with this, management’s guidance for production has been set between 11,500 and 13,500 ounces of gold.

“I look forward to 2023 and reporting on our progress at Cononish as we move through the final development stage of the mine, into continuous long hole stoping.”