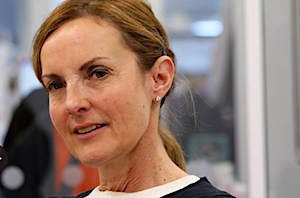 Perth-based energy giant SSE plc said on Wednesday it has created a new, separate, board for its household supply business SSE Energy Services ahead of its planned separation from its parent group.

SSE said the separate board will have a mandate to deliver “a new future for the business outside of the SSE group and continue progress towards a listing or new, alternative ownership by the second half of 2020.”

SSE said it has held “further positive discussions” with third parties about the “provision of collateral and trading facilities for SSE Energy Services.”

The Perth firm has been trying to offload or spin off its retail electricity and gas supply business to focus on its renewables and regulated networks businesses.

However, plans to offload it through a merger with rival Npower collapsed in December.

In a stock exchange statement alongside its annual results, SSE said: “SSE plc has appointed Katie Bickerstaffe as executive chair of SSE Energy Services, one of the largest household energy and services providers in Great Britain.

“Katie will take up the new role on 23 June 2019 alongside Gordon Boyd, who joins as interim chief financial officer, with a mandate to deliver a new future for the business outside of the SSE group and continue progress towards a listing or new, alternative ownership by the second half of 2020.

“She will form a new, dedicated SSE Energy Services board, which is expected to have both executive and non-executive representation from the SSE group, as well as an independent non-executive director.

“The business will therefore be able to operate with greater day-to-day autonomy and independence, while still being subject to oversight by the SSE plc board while it remains within the group.

“Katie and Gordon will work closely with Stephen Forbes and Tony Keeling, who, having run the business since 2017 as co-heads, are confirmed as managing directors and will join the new board as well as being key members of a new executive committee.

“Their priority will be to ensure the business has the strongest possible track record as it approaches a future outside the group.

“Since its notification of close period update on 28 March, SSE has also held further positive discussions with third parties about the provision of collateral and trading facilities for SSE Energy Services.

“Such a deal would further increase SSE Energy Services’ independence from the SSE group by enabling it to trade and operate on a standalone basis as required.

“SSE Energy Services has today reported a reduction in profit due to its decision to absorb some of the impact of higher wholesale prices for customers in 2018, the effect of the default tariff cap from January to March 2019, and lower customer numbers.

“However, unlike many competitors, it remains profitable and cashflow positive …”

Bickerstaffe said: “This is a business with huge potential.

“With a strong customer service track record, a unique product mix and a great team in place, it has all the raw materials to overcome the challenges facing the sector.

“The steps being taken to increase the independence and autonomy of the business will, in the short term, enable it to strengthen its focus on customers, respond with greater agility in a fast-moving market, and deliver the progress that will underpin a future outside the SSE group.

“The leadership team is clearly committed to its plan to turn this business around to unlock its potential for customers, employees and shareholders, and I believe it is well positioned to meet the evolving needs of customers as the energy sector transitions to a smarter, cleaner future.”

SSE plc CEO Alistair Phillips-Davies said: “Over the past 18 months, we’ve made significant progress in terms of physical, legal and structural separation of SSE Energy Services from the rest of the SSE group.

“At the same time, the business has performed well operationally.

“The steps we’re now taking through Katie’s appointment, the creation of a new dedicated board and a potential deal for provision of independent collateral and trading facilities mean SSE Energy Services could operate on a standalone basis and will therefore be well prepared for a future outside the SSE group.

“We will continue to take account of the interests of customers, employees and shareholders as we seek to deliver that future.”