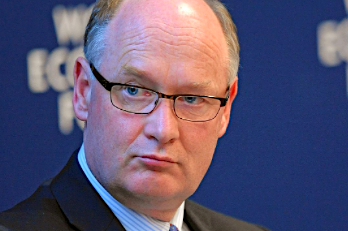 Standard Life Aberdeen chairman Douglas Flint said on Friday that the City of London financial sector is ready for any outcome from the ongoing Brexit negotiations.

Asked what a no-deal Brexit would mean for the City of London and financial services, Flint said: “I think the City has been planning, preparing on the basis that there would be no deal and on the basis that you have to prepare for the worst and then hope get a better outcome that enables you to improve on that position,” he said in an interview with Bloomberg TV.

“So I think the City’s ready for a no-deal and has already planned and made the arrangements so that, most importantly, our clients are able to access the services they need without interruption.

“Certainly, that’s our position and I believe that’s the position right across the City …

“We are going to know with much greater clarity, with absolute clarity, in three weeks’ time what the arrangement are going to be from the beginning of next year and that again will allow businesses to plan.”