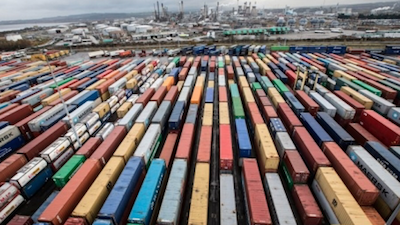 The Scottish economy continued its recovery in April, according to the latest IHS Markit-Royal Bank of Scotland Purchasing Managers’ Report (PMI) — with the rate of increase in new work the fastest for nearly three years.

The seasonally adjusted headline Business Activity Index — a measure of combined manufacturing and service sector output — rose from 54.3 March to 55.4 in April to signal a back-to-back upturn, with the rate of growth the quickest for eight months.

“Central to the expansion was a renewed rise in new work, with the rate of increase the fastest for nearly three years and solid,” said the report.

“According to panellists, client demand had improved noticeably amid loser lockdown restrictions.

“Subsequently, capacity pressures built in April as backlogs of work rose for the first time in over two-and-a-half years.

“In response, firms took on additional staff for the first time since January 2020.”

The Royal Bank of Scotland PMI is compiled by IHS Markit from responses to questionnaires sent to a panel of around 500 manufacturers and service providers.

“Panellists linked the rise to improved client demand, driven in part by the easing of lockdown measures.

“Moreover, the upturn in new work was the strongest since August 2018, with both manufacturers and services firms registering an increase.

“Nonetheless, the rate of growth in Scotland lagged behind the UK average in April …

“Scottish companies remained optimistic with regards to output over the next year in April, with the Future Activity Index falling only slightly from March’s record high.

“Goods producers recorded the strongest level of sentiment on record in April, although they were still less optimistic than services firms.

“Amid reports of surging demand and hopes of sustained growth, Scottish companies increased their workforce numbers during April.

“This marked the first round of job creation since January 2020, before the COVID-19 pandemic.

“The rate of increase in employment was marginal overall, but slightly above the series long-run average.

“Sectoral data highlighted a notable divergence, however, with new jobs concentrated in manufacturing.

“Service sector employment meanwhile continued to decrease, although the rate of reduction slowed on the month.”

“Business activity rose for the second month in a row, with the latest upturn the strongest for eight months.

“Key to growth was a renewed rise in new work and one that was the strongest for nearly three years.

“Further positive news came from employment, with companies adding to staff numbers for the first time in over a year – a clear sign that firms are confident of a recovery.

“Overall the data are very encouraging and suggest the private sector has turned a corner towards recovery.

“With lockdown measures set to ease further, we should see a sustained rebound in the months to come.”