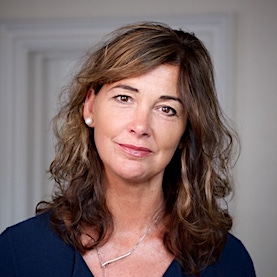 First Minister Nicola Sturgeon has lodged a motion in the Scottish Parliament seeking agreement to recommend to The Queen that Dorothy Bain QC and Ruth Charteris QC be appointed as the new Scottish Law Officers.

If parliament approves the nominations, Bain will take up the position of Lord Advocate, succeeding James Wolffe QC.

If successful, the appointments will mark the first time both posts have been held by women simultaneously.

The appointments are made by The Queen on the recommendation of the First Minister, with the agreement of the Scottish Parliament.

Wolffe informed Sturgeon last year he intended to leave office following the recent election and confirmed his intention before her re-election as First Minister.

Di Rollo also confirmed her intention to stand down following this year’s election.

“Dorothy has extensive experience in both civil and criminal law.

“She has appeared in cases at all levels, including the Court of Session (Inner & Outer House), the Court of Criminal Appeal, the High Court of Justiciary, the United Kingdom Supreme Court and the European Court of Human Rights.

“Dorothy was the first woman to be appointed as Principal Advocate Depute and has conducted many complex and high profile criminal prosecutions and appeals.

“She is currently Counsel to the Investigatory Powers Tribunal in Scotland and a serving Chair of the Police Appeals Tribunal.

“On taking Silk she moved into Crown Office to become a full-time Advocate Depute.”

Bain said: “I am honoured to be nominated by the First Minister to hold the office of Lord Advocate.

“I am conscious of the responsibilities and importance of the role and, if appointed, will do my best to serve the people of Scotland.”

Charteris said: “I am extremely honoured to be recommended for appointment and, if approved by Parliament, look forward to working with Dorothy Bain.”

Dorothy Bain biography — became an Advocate in 1994 and took silk in 2007. Has undertaken a wide range of civil litigation and much of her work has been in cases concerned with judicial review, civil liberties and human rights, personal injury and clinical negligence. She was appointed to the “A” list panel of counsel for the Equality and Human Rights Commission and has extensive experience in both civil and criminal law. Bain has been instructed in cases at all levels, including the Court of Session (Inner & Outer House), Court of Criminal Appeal, High Court of Justiciary, United Kingdom Supreme Court and the European Court of Human Rights.

From 2002 to 2011 Bain moved from civil practice in order to undertake a lengthy and successful period of public service as an Advocate Depute in Crown Office. This culminated in her appointment as the Principal Advocate Depute in 2009; the first woman to be appointed to this post. As Principal Advocate Depute Bain was Scotland’s most senior prosecutor and as such conducted many complex and high profile criminal prosecutions and appeals including the Operation Algebra case which resulted in the conviction of (then) the largest paedophile ring in the UK, HMA v Tobin the first successful prosecution for murder of the serial killer Peter Tobin and HMA v Weir Group plc, the first successful prosecution of a Scottish FTSE 250 company for breaches of the UN Iraq sanctions.

Ruth Charteris biography — came to the Bar on completion of her post as Legal Assistant to the Lord President. She quickly established and has maintained an extensive and varied civil practice in which she has conducted cases at all stages of the legal process. Charteris has regularly been instructed in lengthy and complex cases, requiring a disciplined and committed approach to case preparation and presentation.

Her areas of practice have included judicial review, regulatory law, proceeds of crime, professional negligence, insurance litigation, personal injury and property disputes. Charteris was a Standing Junior to the Scottish Government from 2012 and was Second Standing Junior to the Scottish Government from 2016 – 2020. On taking Silk she moved into Crown Office to become a full-time Advocate Depute. She is also Chair of the Fitness to Practice Panel of the SSSC (2017-present). 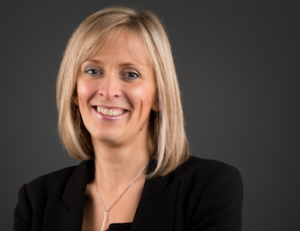