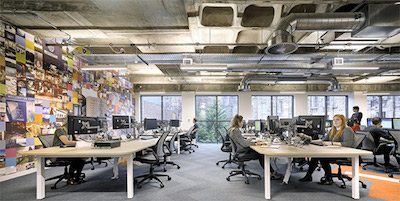 The £145 million acquisition of Edinburgh funds platform Nucleus Financial Group by James Hay to create a £47 billion adviser platform has received regulatory approval and the offer has gone wholly unconditional.

James Hay said in a press release that its CEO Richard Rowney will lead the combined group, but made no mention of any role for Nucleus founder and CEO David Ferguson.

“Combining the best of both companies will create a financial planning and retirement-focused platform with the scale to enable greater investment in products, price and service to meet the needs of advisers and their clients,” said James Hay.

“It will offer a compelling blend of online technology and offline service that can compete at the winning end of the advised platform market.

“With the transaction subject only to formalities, the combined group can now work collaboratively to address the changing needs of advisers and their clients, and determine the best combination of technologies, operations and people that can deliver the group’s strategy.

“This is an exciting time in the platform sector and the combined group is set to thrive as it continues to develop a broader range of digital capability.

“The Nucleus and James Hay platforms will continue to operate independently for the foreseeable future while integration plans are developed.

“While this will be a complex exercise, the more immediate priorities are to ensure continuity of service and to deliver a roadmap of enhancements.

“Further details of the combined group’s development plans, including the future leadership structure will be announced in the coming months.

James Hay CEO Rowney said: “This deal creates one of the leading, independent, adviser platform groups in the UK with over £47 billion of AUA.

“We see this as a coming together of the very best parts of both businesses, building on our retirement expertise and their digital capability to develop a service that truly meets the needs of advisers and their customers.”

Nucleus founder Ferguson said: “Since 2006 we’ve always tried to do the right thing and put the customer centre stage.

“Actually meaning that has made us a little bit different from others in the sector but it also carried us to £19bn in AUA and led to this deal.

“We have full respect for the challenges ahead and are energised by the goal of working with our new colleagues to create the UK’s most respected and successful adviser platform.”