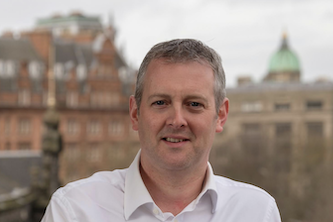 New analysis from KPMG shows that Scottish private equity investment rose considerably in the first half of 2021 “as investor confidence returned and vendors brought their assets to market.”

“The value of deals completed in the first half of the year also rose 17.5% compared to levels seen in the same period in 2020.

KPMG’s latest study of UK transactions involving mid-market private equity investors showed a boost of activity in H1 2021, as 377 deals were completed with a combined value of £20.7 billion – levels which haven’t been seen since H1 2017.

The picture for the UK’s private equity market overall was similar.

KPMG Scotland senior partner James Kergon said: “Many predicted 2021 as the year for greater stability and increased market confidence, and the burst of transaction activity we’ve seen in H1 is a strong indicator that the bounce-back is well underway.

“Deals that had been put on hold in spring and summer 2020 were revived as private equity investors returned to the market with renewed appetites and plenty of cash to deploy.

“A number of mid-market deals which had been held back, initially because of Brexit, and then the pandemic, finally came racing out of the blocks driving up both deal values and volumes.

“The flurry of activity in Q1 was also fuelled by the rush to complete deals ahead of the anticipated changes to the capital gains tax regime that many expected in March 2021’s spring budget.

“In Q2, mid-market PE activity levelled off somewhat and has now returned to pre-pandemic levels, and after the last 16 months that we have had, it’s phenomenal to see activity this high, this fast …

“As vendors and investors moved to virtual meetings and digital transactions, the working efficiencies created by the impact of the pandemic also proved fruitful, as deals were progressed quickly and efficiently both in Scotland and the rest of the UK.

“However, as people begin to travel and meet in person again, I believe this may pose some challenges in maintaining the exceptional level of activity seen in Q1.”