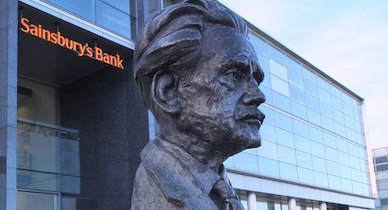 Supermarket firm Sainsbury’s said on Friday it had ended talks on selling its Edinburgh-based Sainsbury’s Bank unit after deciding that approaches it received in November 2020 do not offer good value for shareholders.

Banks including Barclays, Lloyds Banking Group and Natwest Group had been among the possible buyers of Sainsbury’s Bank, which has about two million customers .

“On 17 November 2020, J Sainsbury plc announced that it had received some expressions of interest in a possible acquisition of Sainsbury’s Bank,” said the supermarket.

“Whilst the board of Sainsbury’s believe that it was in the best interests of shareholders to explore these expressions of interest, it has concluded that these do not offer better value for shareholders than will be realised through retaining Sainsbury’s Bank.

“Accordingly, all such discussions have now ended.

“We continue to make progress strengthening and simplifying our financial services business in line with our strategy and we remain comfortable with consensus profit forecasts for the division.”