Edinburgh-based Capricorn Energy — formerly called Cairn Energy — announced that it appointed former Aker Solutions CEO Luis Araujo to its board as an independent non-executive director with effect from May 11, 2022.

Capricorn said the fees payable to Araujo as a non-executive director will be £77,765 per annum.

“Luis holds a BEng Mechanical Engineering degree from The University Gama Filho, Rio de Janeiro and an MBA from the University of Edinburgh and has more than 38 years’ experience in the oil and gas and energy markets, predominantly in Brazil and Scotland,” said Capricorn.

“Luis was Chief Executive Officer and President of Aker Solutions from 2014 to 2020.

“Prior to his appointment as CEO, he was Executive Vice-President and Region President, Brazil.

“With Brazilian, Portuguese and British (triple citizenship) nationality, he was the first non-Norwegian CEO in Aker Solutions’ 175-year history.

“Luis was tasked with growing the company internationally as well as reducing costs and, latterly, positioning Aker Solutions for the energy transition, which he did with the introduction of a new strategy incorporating renewable and low-carbon revenues ultimately leading to the listing of three renewable arms of the Aker organisation on the Oslo Stock exchange in 2020.

Capricorn chair Nicoletta Giadrossi said: “I am delighted to welcome Luis to the Capricorn board.

“His many years of emerging market experience in the oil and gas industry, together with a deep understanding of the energy transition, are great attributes to bring to our business at this moment.

“I, and the wider board, very much look forward to having Luis join the board and to working together as the company continues to deliver on its strategy.” 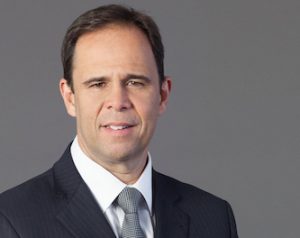