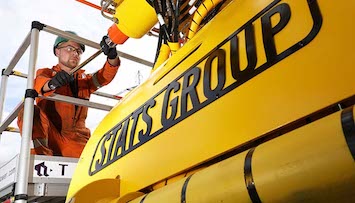 Kintore, Aberdeenshire-based oil and gas pipeline specialist STATS (UK) Limited announced its revenues increased 17% to £49.7 million while EBITDA earnings rose to £7.8 million from £6.5 million in the year to December 31, 2021.

The group’s pre-tax profit rose from £1 million to £1.5 million.

STATS confirmed in early May that a deal announced in December to sell 100% of its issued share capital to Australia-listed SRJ Technologies Group plc (SRJ) would not go ahead.

The collapse of the deal was blamed on “the result of market volatility caused by underlying macro, geopolitical and supply chain events.”

STATS said it principal activity is the “provision of pressurised pipeline isolation, hot tapping and plugging services to the energy industry.”

STATS CEO Leigh Howarth said: “Internationalisation remains a key strategic objective for the group with 87% of revenue in the year derived from contracts executed outside of the United Kingdom.

“The Middle East was one of the strongest performing regions with revenues increasing from £7.9 million in 2020 to £11.6 million, while in Malaysia income rose sharply to £1.4 million.

“The group consolidated growth in its domestic UK market with revenues up from £5.1 million to £6.7 million, while the Canadian market grew from £6.7 million to £7.8 million.”

STATS said it recorded a number of important operational milestones including its continued expansion in the North American market and development of new client relationships in the US.

In the Saudi Arabian market, the company strengthened its position with the award of a major subsea intervention project, while in Australia the completion of several major intervention projects using STATS’ patented BISEP tools built on the firm’s track record.

Howarth added: “Notwithstanding the continuing impacts of Covid-19, we’re expecting to see a further rise in revenue over the coming year and in support of our strategy to further internationalise, we’ll be considering plans to increase our local presence in both Saudi Arabia and Australia.”