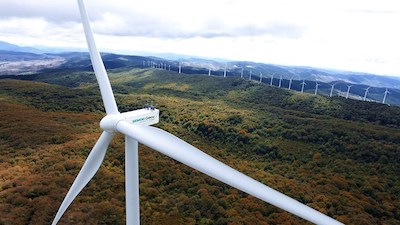 The cost of turning off wind farms in the UK has reached record levels, according to a new report.

The report found that over the last two years, curtailing wind power added £806 million to energy bills in the UK.

The UK Electricity System Operator (National Grid) asks for wind farms to be switched off as a result of constraints in the transmission system and a lack of long-duration storage capacity, which is needed to manage periods when renewable power generation outstrips demand.

Citing a Drax-commissioned report by Lane Clark & Peacock (LCP), the North Yorkshire firm said the cost of turning off UK wind farms to manage the electricity system rose from almost £300 million during 2020 to over £500 million in 2021, contributing to higher energy bills and carbon emissions.

“Costs increased substantially because the system relied on expensive gas power to manage periods when wind power was curtailed, as not enough electricity storage was available to prevent the excess renewable power from wind farms going to waste,” said Drax.

“Rising gas prices made the practice more expensive, as gas power stations were increasingly used to support the system when wind power was curtailed.

“Despite the growing need for more homegrown renewable power generation from wind farms to support energy security, enough renewable power to supply 800,000 UK homes went to waste in 2020 and 2021 as wind farms were routinely asked to switch off by the Electricity System Operator.

“This happened as a result of constraints in the transmission system and a lack of long-duration storage capacity, which is needed to manage periods when renewable power generation outstrips demand.

“Britain is a world leader in wind power with capacity increasing from 5.4GW in 2010 to 25.7GW in 2021 – wind turbines now have the capacity to provide enough renewable power for almost 20 million homes.

“But without any new long-duration storage projects built for almost 40 years in the UK, the only way to manage the imbalance when generation outstrips demand and prevent damage to the electricity grid, is to curtail wind power – a practice which could be significantly reduced if more energy storage was available.

“And with gas power stations overwhelmingly called upon to plug the gaps in supply when wind was constrained due to transmission issues, there was an environmental cost.

“An extra two million tonnes of CO2 was emitted during 2020 and 2021 as a result of gas being used to replace curtailed wind power, equivalent to putting almost half a million more cars on Britain’s roads.”

Chris Matson of Lane Clark & Peacock (LCP) said: “Increasing the output from wind power is essential for the UK to achieve its climate targets and ensure energy security.

“And yet because investment in the infrastructure needed to support this expansion has not kept pace, wind curtailment is costing the consumer and the environment.

“Every pound spent on curtailing wind power is a pound wasted.”

Drax has submitted an application to construct and operate a new underground pumped storage hydro power station at its existing Cruachan facility in Scotland.

Drax said the 600 MW plant would be located in one of the most constrained transmission areas and would play a big role in supporting more wind power to come online.

“The UK is a world-leader in offshore wind, but for the country’s green energy ambitions to be realised we need the right energy storage infrastructure to support this vital technology, make the system secure and reduce costs.

Drax said long-duration storage projects have been “left in limbo in recent years without an updated policy and market support mechanism from the UK Government.”