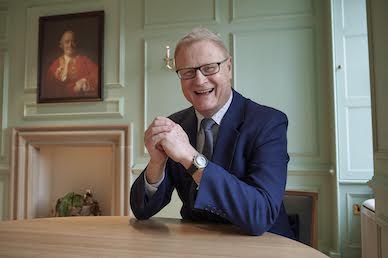 The Scottish National Investment Bank published its first full year accounts on Tuesday and said it has made “clear progress” in its inaugural year and is well positioned to “deliver environmental, social, and financial returns for the people of Scotland.”

In the year to March 31, the bank said it invested over £140 million in 12 businesses and projects across Scotland, leveraged a further £327 million of backing from other investors, and increased net assets from £31.4 million to £165.4 million at year end.

The Scottish National Investment Bank is Scotland’s first development investment bank, wholly owned by the Scottish Ministers on behalf of the people of Scotland.

The Scottish Government has committed to capitalising the bank with £2 billion in its first 10 years.

So far, companies such as Highland Coast Hotels, Lothian Broadband Group and Aberdeen Harbour have all been backed by the bank.

The bank’s investments have ranged from £1 million to £50 million across a variety of deal structures – debt, equity and fund investments.

The bank said all opportunities it considers “are aligned to its missions and are commercial investment opportunities.”

An unrealised (paper) loss of £3.4 million has been recognised by the bank in the financial year “largely due to the early valuation profile of fund investments where unrealised losses are entirely expected followed by capital appreciation in later years.”

Roughead said: “The bank has demonstrated its ability to be a catalyst for private investment into businesses and projects aligned to its missions.

“As our portfolio and networks grow, the bank aims to offer deeper insights, working as a conduit between both policy makers and business leaders.

“This, together with continuing to increase awareness of the bank in the wider ecosystem, will be an area of focus for next year.”

Bank chairman Willie Watt said: “This has been a year in which investment activity has ramped up and tangible impacts are manifesting themselves with our portfolio.

“The bank is acting as a catalyst to encourage investment in businesses or projects in the private and third sector in which it may otherwise be challenging to obtain funding.

“I am excited about the future; we have a strong team in place and are well placed to continue to deliver impact investment which has a material impact on the Scottish economy.”