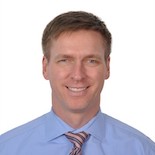 Fitzgerald will join Weir on December 1, 2022, and will be a member of the group executive.

“He has a wealth of mining experience and a proven track record of leading global industrial businesses,” said Weir.

“Since joining MCI as Chief Executive Officer in 2018, Sean has led a turnaround in financial performance and driven major improvements in safety and employee engagement.

“Prior to MCI, Sean spent seven years at Komatsu Mining Corporation (formerly Joy Global), firstly as Regional Vice President, Americas before moving to China as President for the China Region.

“Sean is American and, as well as living in China, most recently he has been based in Copenhagen, Denmark. On joining Weir, he will be based in Portland, USA.”

Fitzgerald will succeed Andrew Neilson as President of ESCO.

As previously announced, Neilson will move to the role of President of Weir’s Minerals Division, succeeding Ricardo Garib, who is retiring from Weir at the end of 2022 following 42 years’ service.

Weir CEO Jon Stanton said: “Sean will be a great addition to the team and I am delighted to welcome him at this exciting time for Weir.

“With his strong background across manufacturing, mining and technology, I am confident he will take ESCO to the next stage of growth as we deliver on our mission to make mining smarter, more efficient and sustainable.”

Fitzgerald started his career as an oficer in the US Army. After the Army, he joined Bain & Company followed by nearly 10 years with General Electric (GE) as the GM of Onshore Wind Turbines.

He holds a BS in Civil Engineering, MA in Economics and MBA.