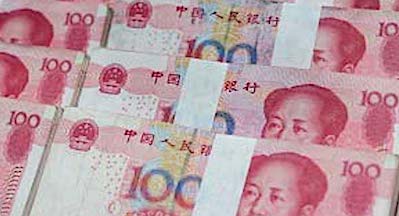 The £200 million Baillie Gifford China Growth Trust plc said “the risk of a Lehman’s style moment in China is very low” as the fund reported that its net asset value per share (NAV) fell 10.7% over the six months to July 31, 2022, compared to a 5.4% fall in the MSCI China All Shares index, on a total return basis.

Baillie Gifford China Growth Trust is managed by Baillie Gifford, the Edinburgh-based fund management giant with £227 billion under management and advice as at September 30, 2022 — which is down from roughly £365 billion at December 31, 2021.

“Over the six months to 31 July 2022 the weakness in Chinese equities has continued,” said the fund.

“Positive developments on the regulatory front were swamped by macroeconomic concerns domestically and geopolitical concerns regarding Taiwan.

“On the macroeconomic front, Covid lockdowns in a number of the major cities, including Shanghai, resulted in disruption to businesses and to consumers.

“This exacerbated an already weak economic backdrop. We saw the property market slump and weak manufacturing and consumption numbers.

“The quarterly meeting of the Politburo disappointed investors by offering little additional support to the economy.

“This in turn led to concerns resurfacing regarding financial risk to the broader economy. Our view is that these risks are exaggerated for the following reasons …

“Whilst debt to GDP remains elevated, it’s important to note that it has stabilised and that the quality of debt has markedly improved.

“Indeed, the government has done a good job of substantially reducing exposure to the most risky debt within the system.

“In addition, funding conditions have improved, and the People’s Bank of China (PBOC) continues to provide iron clad liquidity support for the banking system.

“As such, the risk of a Lehman’s style moment in China is very low.”

The fund said it continues to think the likelihood of military action by China over Taiwan is low.

“It goes without saying that if military action were to occur, it would have very serious consequences for Chinese equities …” said the fund in its report for the six months to July 31, 2022.

“… whilst acknowledging the complexity of the issue and the limitations of our own predictive powers, we would say that we believe the risk of military action remains low …” said the trust.

“… the work that we have commissioned from our third party research providers suggests that, even if China wanted to act militarily, it could not do so.

“It does not have the military capability.

“Indeed, Russia’s travails in Ukraine have thrown this into stark relief and the difficulty of an amphibious assault on Taiwan over c.100 miles of water is a multiple of that of a land assault on Ukraine.”