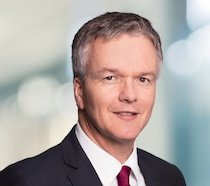 Private equity and venture capital firms invested £895 million into businesses in Scotland in 2021, according to a new report produced by the British Private Equity and Venture Capital Association (BVCA).

Tech was the most attractive area for investment in 2021, with 65% of the businesses operating in this sector.

BVCA Director General Michael Moore said: “Private capital firms are alive to the many remarkable opportunities Scotland has to offer – be it the emerging tech start-ups in cities like Edinburgh and Glasgow, the world-leading research-led businesses growing out of the country’s universities or the already-established companies with scope to flourish at a global scale.

“Private equity and venture capital can, and are, helping these businesses to thrive.

“Together we’re creating jobs, encouraging individuals and communities to succeed, and supporting policy aims set by both the Scottish and UK governments on sustainable economic growth.”