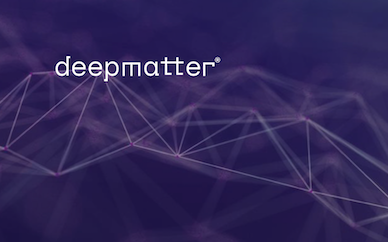 DeepMatter said the delisting would be conditional on shareholder approval and “there can be no certainty that proposals for a delisting will be approved.”

In a stock exchange statement, the Glasgow firm said: “DeepMatter Group Plc … today announces that it has been in discussions with its major shareholders and potential institutional investors in relation to securing capital to fund the future working capital requirements of the group.

“Following these discussions, the board of directors have concluded that the cancellation of trading in the company’s ordinary shares on AIM and subsequent re-registration as a private limited company … will provide greater opportunities to raise additional capital.

“This view has been supported to date by major shareholders.

“In reaching this conclusion the board has considered the interests of the company’s shareholders as a whole and, in doing so, has had regard for its wider stakeholders.

“Any delisting would be conditional on shareholder approval and there can be no certainty that proposals for a delisting will be approved.

“The board intends to continue discussions with key stakeholders on the delisting and a further announcement will be made in due course.

“The company anticipates it will seek to raise c.£1m from its major shareholders ahead of the delisting, following which a more substantial capital raise would be pursued as a private limited company in 2023.

“This capital raise is being undertaken in order to fund the long term growth ambitions of the company.

“The group continues to expect revenue for the current financial year to be no less than £1.5m and the group has cash and short term receivables of £0.7m.”