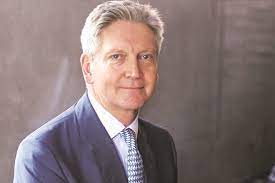 NatWest Group plc announced that Stuart Lewis will be appointed as an independent non-executive director and member of its group board risk committee on April 1, 2023.

Subject to regulatory approval, Lewis will be appointed as chairman of its group board risk committee on August 1, 2023.

Morten Friis has confirmed his intention to step down as a non-executive director on July 31, 2023.

“Morten will reach the 9 year point in his tenure on 1 April 2023, but has agreed to remain on the Board for an additional  period to allow for an orderly handover of responsibilities to Stuart Lewis,” said NatWest.

NatWest Group chairman Howard Davies said: “I would like to thank Morten for his commitment, diligence and immense contribution since joining as a non-executive director in 2014.

“He has approached the role of BRC chair with great skill and care and we have benefitted significantly from his expertise and wise counsel. My board colleagues and I wish him well for the future.

“I am delighted that Stuart is joining the board as a non-executive director in April, in advance of taking on the BRC chair role, subject to regulatory approval.

“Stuart will bring extensive risk management and financial services experience to the board, having spent the majority of his executive career with Deutsche Bank, most recently as group chief risk officer and a member of the management board of Deutsche Bank AG.”

Lewis served 10 years on the management board of Deutsche Bank as chief risk officer, retiring in May 2022.

Lewis is a visiting Professor in Practice in the Finance Department of the London School of Economics (LSE).

Leis attended the University of Dundee where he obtained an LLB (Hons). He also holds a LLM (Merit) from the London School of Economics and took the Law Society finals examinations at the College of Law, Guildford.