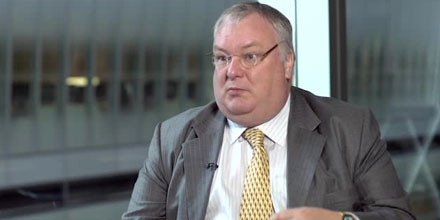 Interest rates “must go up because they (artificially low rates) are distorting so much” said Hugh Young, managing director of Aberdeen Asset Management Asia.

“I mean, it’s not that the economy is booming that you (have) to put interest rates up,” said Young in an interview with Morningstar about prospects for emerging markets and Asia in 2016.

“It’s really that all the money is being misdirected, which is why we’re having all this nonsense going on that we’ve had for the last few years.

“So, rates must go up. That will be painful in certain areas. It might well suck money out of markets. So saying, a lot of money has already come out of emerging markets and Asia.”

Asked if 2016 will be another bumpy year for investing in emerging markets, Young replied: “Economically it’s going to be as tough a year I think. So … global economy remains quiet and it looks likely to be quiet for at least another 12 months …”

Young added: “We’ve seen huge redemptions, not just us at Aberdeen, but the whole industry has seen big shifts away from emerging markets.

“I think, vitally, the companies are extremely strong. So in general the companies have stuck to their knitting, they’ve not stretched their balance sheets. They have been very wary of what’s going on for as long as we have.

“So I think everything is quite well placed. But if I had to gamble, it is going to be another year of single-digit earnings growth. It will be nice if the markets went up 5% to 10%, but who knows.

“Our predictions always prove incorrect, so it might be a 30% year. I’m not sure what direction that 30% will be in but it could be equally volatile.”