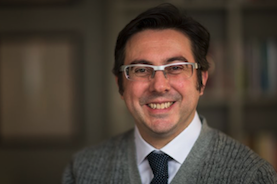 University of Dundee spinout firm Exscientia, which specializes in artificial intelligence (AI)-driven drug discovery, is considering an initial public offering (IPO) that would make its founders millions of pounds, according to news reports.

According to Crunchbase, Exscientia — which also has a base in Oxford — has so far raised $43.7 million in funding over three rounds.

In its most recent funding round in January 2019, Exscientia said it raised $26 million in a Series B financing round.

“This will be used to scale the company’s pipeline and advance selected programmes towards clinical development,” said Exscientia in January.

Dundee University professor Andrew Hopkins, CEO and founder of Exscientia, said in January: “This Series B marks a milestone in our development and enables us to drive the next phase of strong business growth.

“Over the past 12 months we have substantially expanded our operations and capabilities to become a full stack AI drug discovery company.

“With this new funding Exscientia is positioned to become the dominant player in AI drug discovery, driving radical change in R&D productivity.

“We are excited Celgene and GT Healthcare have joined with existing investor Evotec on this exciting journey.”

In March 2019, Exscientia announced it entered a three-year AI drug discovery partnership with leading biopharma company Celgene, “including an initial $25 million upfront payment and eligibility to receive substantial milestones based on the clinical, regulatory and commercial success of the program.”

Professor Hopkins, who spent 10 years at Pfizer, has raised a total of $50 million for academic and commercial research activities in his continuing role as Chair of Medicinal Informatics at the University of Dundee.

He is the author of some of the most highly cited papers in modern drug discovery.