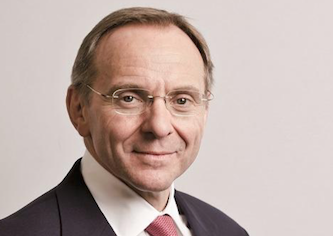 Manzoni held senior executive roles at BP and Talisman Energy before spending six years as chief executive of the UK’s Civil Service and Permanent Secretary of the Cabinet Office, where he oversaw preparations for a no-deal Brexit.

“Sir John will initially join the board as non-executive director from 1 September 2020 and work closely with Richard to ensure a smooth handover of responsibilities.

SSE said Manzoni brings a wealth of experience in the energy industry and across the private and public sectors.

Manzoni stepped down from the civil service earlier in the summer, and in April he was appointed non-executive director at Diageo, effective October 1, 2020.

Manzoni said: “I’m delighted to take on this new role and to succeed Richard as chair.

“With a strong, purpose-led management team, clear strategic focus and a pipeline of low-carbon investment opportunities, SSE is uniquely placed to lead the green economic recovery and to deliver value for shareholders and society through the transition to net zero emissions.

“I’m looking forward to leading the board and working with the executive team to realise SSE’s vision of being a leading energy company in a net zero world.”