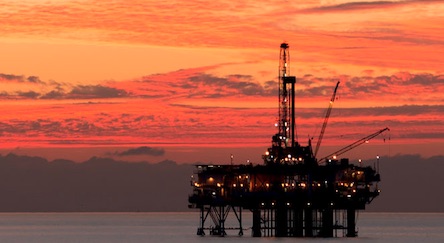 The UK government said on Wednesday it reached an agreement called the North Sea Transition Deal with the oil and gas industry that will help support 40,000 jobs as the UK moves towards net-zero emissions of greenhouse gases.

However, the absence of an outright ban on exploration in the agreement provoked criticism from environmental campaigners.

Spending of up to £16 billion by 2030 by the government and the industry should help reduce emissions and create up to 40,000 jobs across the supply chain, according to a statement from the UK’s Department of Business, Energy and Industrial Strategy.

The UK government said it will become the first G7 country to “agree a landmark deal to support the oil and gas industry’s transition to clean, green energy.”

It said that from March 31, 2021, the UK “will no longer provide financial support for the fossil fuel energy sector overseas.”

The statement said: “The sector deal between the UK government and oil and gas industry will support workers, businesses, and the supply chain through this transition by harnessing the industry’s existing capabilities, infrastructure and private investment potential to exploit new and emerging technologies such as hydrogen production, Carbon Capture Usage and Storage, offshore wind and decommissioning …

“Through the Deal, the oil and gas sector, largely based in Scotland and the North East, government and trade unions will work together over the next decade and beyond to deliver the skills, innovation and new infrastructure required to decarbonise North Sea production.

“Not only will the Deal support existing companies to decarbonise in preparation for a net zero future by 2050, but it will also create the right business environment to attract new industrial sectors to base themselves in the UK, develop new export opportunities for British business, and secure new high-value jobs for the long-term.”

UK Energy Minister Anne-Marie Trevelyan said in the statement: “We need to urgently end our reliance on fossil fuels …

“Through our pioneering North Sea Transition Deal, we will do so without putting our economy and communities at risk.”

The UK government has not gone as far as Denmark, which will stop offering new oil and gas licenses and end production by 2050, prompting Greenpeace to call the plan a “colossal failure.”

Trevelyan said however: “In due course we might (introduce a ban) …

“We’ve taken the view that at this point on the journey to net zero, we want to invest in the sector, make sure that we can work with them.”

Deirdre Michie, CEO of the powerful trade group Oil & Gas UK (OGUK), said: “The North Sea Transition Deal is a transformative partnership which will harness the expertise of the UK offshore oil and gas industry to urgently meet the country’s climate ambitions of net zero emissions by 2050.

“It will unlock billions of pounds of investment and see government and industry work together to deliver a homegrown energy transition, realising innovative low carbon solutions that can be exported globally.

“The Deal will safeguard UK energy security, providing affordable energy to millions of households, secure tens of thousands of jobs in industrial heartlands across the country and support the UK economy.

“It is the first deal of its kind by any G7 country and a striking example of the UK showing global leadership on climate change ahead of COP26.”

“Instead of finding ways to prop up this volatile and polluting sector, a better proposition for workers and communities would be for the Government to confirm a ban on new licences, and put all its energies into a nationwide programme of retraining, reskilling and investment in renewables and green infrastructure.”

Jonathan Marshall, head of analysis at the Energy and Climate Intelligence Unit (ECIU), said the absence of an end date for extracting fossil fuels from the North Sea was a “glaring omission.”

He said: “A bold announcement on ending oil and gas extraction in the North Sea whilst supporting jobs and workers through the transition would have made waves comparable to plans to stop generating electricity from coal and ending the sale of petrol and diesel cars.

“With the UK hosting this year’s UN climate summit for the first time ever, this is surely the time for bold action on ending our reliance on fossil fuels.”