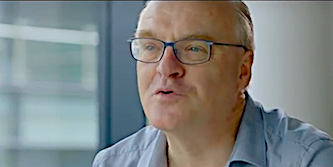 Last June, Anderson donated an initial £3.1 million to the SPFL Trust charity to help Scottish football and its communities recover from the coronavirus crisis.

It was the single biggest personal donation in Scottish football history.

Hearts chairman Ann Budge said in an update on the club’s website: “I am delighted to announce that we will be further strengthening the board when James Anderson joins us as an independent, non-executive director on 1st July 2021.

“James is well known within Scottish football, having already significantly helped clubs at all levels to cope with the impact of the pandemic on their clubs and their communities.

“Hearts is incredibly fortunate to have James’ continued support.

“The value of his business acumen and his advice in driving forward the long-term ambitions of the club cannot be over-stated.”

Baillie Gifford said in March that Anderson will leave the firm on April 30, 2022, to join the Swedish investment company Kinnevik AB, whose shareholders include Sweden’s wealthy Stenbeck family.

Last week, Scottish Mortgage said it produced its strongest ever return in the year to March 31, with its share price soaring 99% in the period and net asset value (NAV) total return rising 111% versus the 39.6% return of its benchmark, the FTSE All-World Index.

FTSE 100 constituent Scottish Mortgage is the UK’s biggest investment trust and is currently the biggest public company run from Scotland when measured by stock market value — with a current market capitalization of around £16.3 billion, just ahead of Perth-based SSE.