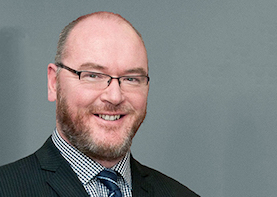 “The board will begin the search for a new chief executive next month, with a successor expected to be in place by next summer,” said Wheatley.

“Martin will stay on for a period to ensure a smooth and successful hand-over.

“Martin Armstrong (56) joined GHA from West Lothian Council as Executive Director of Housing and Customer Services in 2008, having held housing roles in local authorities from Kingston upon Thames to Moray in the north of Scotland.

“A year earlier he had been instrumental in West Lothian being named UK Council of the Year.

“He was appointed GHA chief executive in 2009 and went on to oversee the creation of Wheatley Group in 2011.”

Wheatley is the UK’s fourth largest housing group, owning and managing over 90,000 homes in 19 local authority areas across central and southern Scotland, with 2,000 employees and an annual turnover of more than £357 million.

It provides care services to over 3,000 people, is one of Scotland’s largest property managers and in Lowther Homes has the country’s largest private-rent property company.